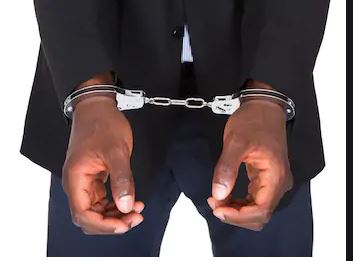 arrested a bricklayer on accusations of killing his seven-year-old daughter over failure to do homework.

According to the police, the suspect, (Names withheld on police request), who is a resident of Jinja–Karoli in Kawempe Division in Kampala, allegedly returned home from his bricklaying routine on Monday at 7:00 Am and asked his daughter Irene Nambalirwa whether she had done homework.

However, Nambalirwa who was a Primary Two pupils at Eria Memorial Primary School in Lugoba, Kawempe said she had not done homework.

It is said that on hearing that, the suspect, according to police pounced on his daughter and beat her to death. The deceased was staying with a step-mother and the suspect.

Patrick Onyango, the Kampala Metropolitan spokesperson, explained that the girl’s stepmother tried to refrain the suspect from assaulting the girl but in vain.

“The stepmother called the residents to help stop her husband from beating the girl but he refused. It was the residents who called police officers from the Child and Family Protection Unit in Kawempe to arrest [the suspect],” Mr Onyango said.

Police arrested the suspect on Monday and took him to Kawempe Police Station while the battered girl was taken to a clinic in Kanyanya.

It is reported that when the clinic failed to manage the girl’s condition and she was referred to Mulago hospital where she died Wednesday morning.

“We have talked to the father and he says that his intention was not to kill the girl but to punish her for not doing the homework in time,” Mr Onyango said.

The suspect remains in custody at Kawempe Police Station as investigations continue.  Onyango said the suspect will be charged with murder and that his file will be forwarded to Director of Public Prosecutions today.

However, angry residents said this was not the first time the suspect was severely beating his daughter. Onyango asked parents to stop torturing children under the guise of disciplining them.

“It is true you are supposed to discipline but this should not go beyond two canes on the buttocks. If the caning goes beyond that, it is torture,” Onyango warned.