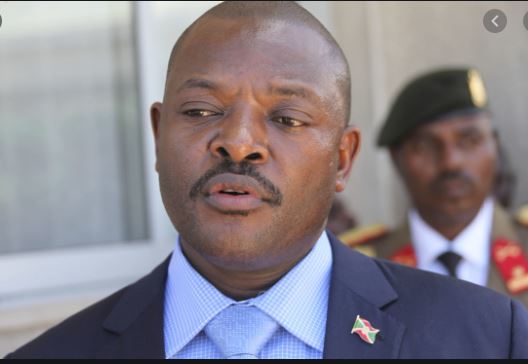 Severe shock has gripped Bujumbura and the entire republic of Burundi after outgoing president Pierre Nkurunziza died of cardiac arrest, although some sources are pointing at possibility that he could have been poisoned.

Nkurunziza, aged 55, died after reportedly  suffering a cardiac arrest, the government said on Tuesday, although some sections of politicians in the country have since rubbished the cardiac arrest rumours, contending that he might have been poisoned, because of the way his death came so suddenly.

We have learnt that he was admitted to hospital on Saturday after feeling unwell, although his condition improved later on. But on Monday he reportedly suffered a cardiac arrest and efforts to revive him were unsuccessful, the government said in a statement.

Prior to his death, Nkurunziza was due to step down from the presidency in August.

In 2015, the announcement that he would run for a third term plunged the country into chaos, which left many people dead and several government and army officers jailed for treason.

By the time of his death, Nkurunziza had been president for 15 years. But after being in power since 2005, Nkurunziza was due to be replaced in August by political ally Evariste Ndayishimiye, who was declared earlier this month the winner of the May 20th presidential election.

After a change in the constitution, he was able to run for a further term in last month’s election but decided to retire and was to be known as the “supreme guide to patriotism”, with full immunity from prosecution, a monthly emolument, a retirement home, among other benefits, including having the power to influence the decisions made by the country’s parliament.