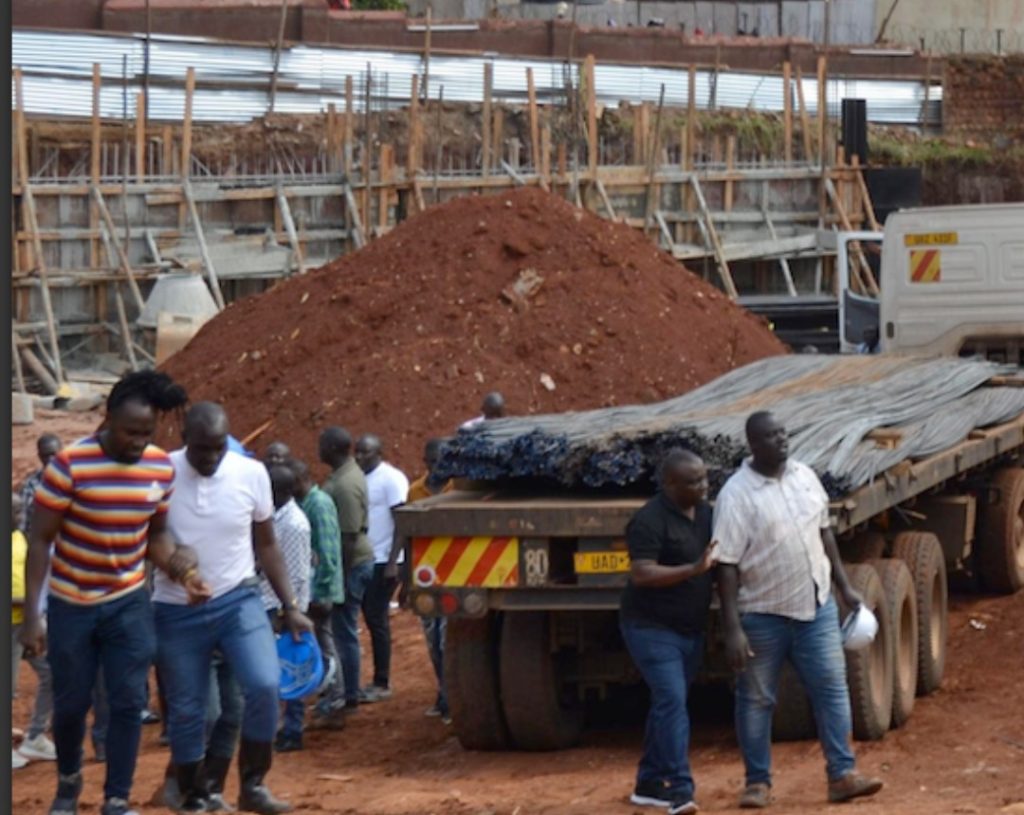 Untold shock has engulfed people in Kasanga, a city suburb, after six people were buried alive when a building that was under constructing  along Mitala Road caved on Wednesday afternoon, leaving many others injured.

According to eyewitnesses, by the time of the accident, the incomplete building was being supported by concrete and wooden poles.

However, he noted that police could not readily establish the owner of the building after engineers fled the construction site.

Musa Amuru, one of the eight survivors said the soil caved in abruptly giving no room for the six deceased to escape.Godfrey Kintu, a casual labourer, said that since the construction of the building started mid-December last year, no single Kampala Capital City Authority (KCCA) official had visited the site.

Some residents of Kasanga also said that the builders were not known residents of the area, and that they were being ferried to the site in a vehicle in the morning, and driven back to an unknown place late in the evening.

It should be recalled that last year, a building caved in at Bakuli in Kampala killing two builders on spot. Police attributed the incident to lack supervision by KCCA authorities.