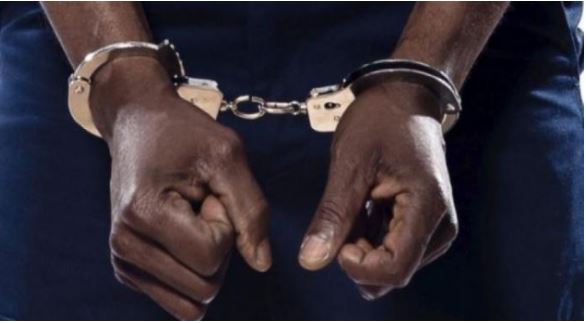 A very shameless man in western Uganda is set to rot in jail after he was arrested for defiling his daughter.

This comes after prosecution on Tuesday October 13th, 2020, closed a case a defilement case at the High Court in Mbarara district, in which Charles Migizi, who is on remand at Kyamugorani prisons, is accused of allegedly defiling his daughter  identified as Charity Kyosimire.

According to prosecution in the case which is before Justice….. Kavuma, it is alleged that on the 2nd  day of April 2020, a Kyosimire, who is 12 years old, was defiled by her father Mugizi while in Rwentabo cell, Kashongi Sub-county, Kiruhura District.

According to Dr. Amon Aruho, of Enforcement of Patients and Health Workers’ Rights (EPHWOR), who held brief for the state, after their submission,  prosecution is now waiting for court’s final decision.

“We now await the decision of court to determine if there is a prima facie case and the accused to be put on his defence,” Dr. Aruho, who is also an advocate said.

When asked further for updates about the case, Aruho added that, “Since it is a matter before court, we can’t discuss but just await the ruling on the prima facie case, such that the accused to be put on defence.”

However, Dr. Aruho sounded concern that these days many perpetrators of rape and defilement are getting away with their crimes because of laxity of state prosecutors and corruption in the judicial system, hence the reason why EPHWOR often comes in to support and supplement the state during prosecution of such cases.

He revealed that the case comes up again on the  November 7th, 2020 on  the ruling about whether there’s a prima facie case, because as expected, the suspect denied the charges.

It should be noted that cases of defilement in Uganda have more than doubled ever since government announced a national lockdown due to COVID-19, which has since been gradually lifted.

Hussein Mwesige, the Kyegegwa district senior education officer, said since schools were closed in March, many girls have been defiled in the district.

“If we open schools today, at least 48 girls will not go back to school because they were married off. Others are pregnant,” he said, noting that parents were not prepared for a prolonged holiday.

“Parents were used to spending less time with their children. They are now struggling to take care of them during this long period,” he added.

The 48 girls he is talking about are among the 2,372 girls who have been impregnated in Kyegegwa, Kiryandongo, Kasese, Ngora, Lyantonde and Kasese districts during the lockdown.

Figures obtained from the department of health, probation and social welfare and education indicate that 128 school girls were married off, while Police recorded 110 defilement cases in this area along during the months that proceeded closure of schools.

The Rev. Stephen Kalyebala, the executive director of the Development Foundation for Rural Area (DEFORA), said the most affected sub-countries are Mpala, Ruyonza, Kyegegwa, Kyegegwa town council, where they have registered the highest number of teenagers being married off by their parents, plus several other parts of the country.

Kalyebala said poverty is one of the key drivers of child marriages because parents want money and bride price.

“They even forge the children’s birth certificates and hide their immunisation cards to conceal their right age. This makes it difficult for the Police and court to prosecute the culprits,” Kalyebala said.

He also said the weak laws are one of the biggest challenges, citing an example of the law which states that suspects cannot be held in a Police cell beyond 48 hours, a loophole many of them utilise to get freed whenever they are arrested.

“That time is not enough for the Police officers to investigate offences. When the Police release the suspects on bond, they disappear, negotiate with parents or tamper with the evidence,” Kalyebala noted.

“Parents prefer settling defilement cases out of court because they fear losing out on bride price once the defiler is jailed,” he said.

The regional Police spokesperson of Rwenzori west, Vincent Twesige, said they have investigated all the cases reported and the suspects are on remand. He said over 30 cases have been reported and where they have failed, he blamed it on parents who negotiate with the suspects.

Augustine Nyakabwa, the Kyegegwa district probation officer, said they have registered over 13 cases of aggravated defilement, including where fathers sexually abuse their children.

“Some girls have been abused by their fathers, but such files disappear from Police custody, making it hard for us to proceed to court,” he said.

“If such a number goes into childbearing with an average fertility rate of 7.8 per mother, the future is worrying,” he noted.

Information available also indicates that at least 547 girls have been defiled in Kampala in the last four months according to statistics at Kampala Metropolitan Police headquarters at Central Police Station.

This covered the period when the country was under a total lockdown, which was announced by the government as one of the measures to control the spread of Coronavirus disease, especially since it came with the closure of all educational institutions in the country, which affected over 15 million learners from kindergarten, primary, secondary and higher learning institutions, who are now stuck in homes across the country.

Records show that July had the highest number of defilement cases at 175, followed by June with 163 while May and April had 124 and 85 cases respectively.

Patrick Onyango, the Kampala Metropolitan Police Spokesperson, said many girls according to police investigations have been duped by culprits offering eats and a few drinks.

Police said in some cases, children were forced into sexual intercourse by their parents or guardians.

In May, Katwe police arrested, Zura Mukamana, 36, on allegations of forcing her 14-year-old daughter into prostitution.

Mukamana was as arrested alongside two men who had allegedly had sex with the minor and they were identified as Fred Bulega, 41, and John Mwesigye, 18. Mukamana is currently battling court charges.

Similarly, Yoram Betamu and his wife Josephine Twongirwe, both residents of Najjera, in Kampala were arrested on allegations of selling their 16-year-old daughter to a Portuguese national Carlos Almeida Da-Costa.

Besides defilement cases, 157 women have been raped during Covid19 lockdown according to police statistics.