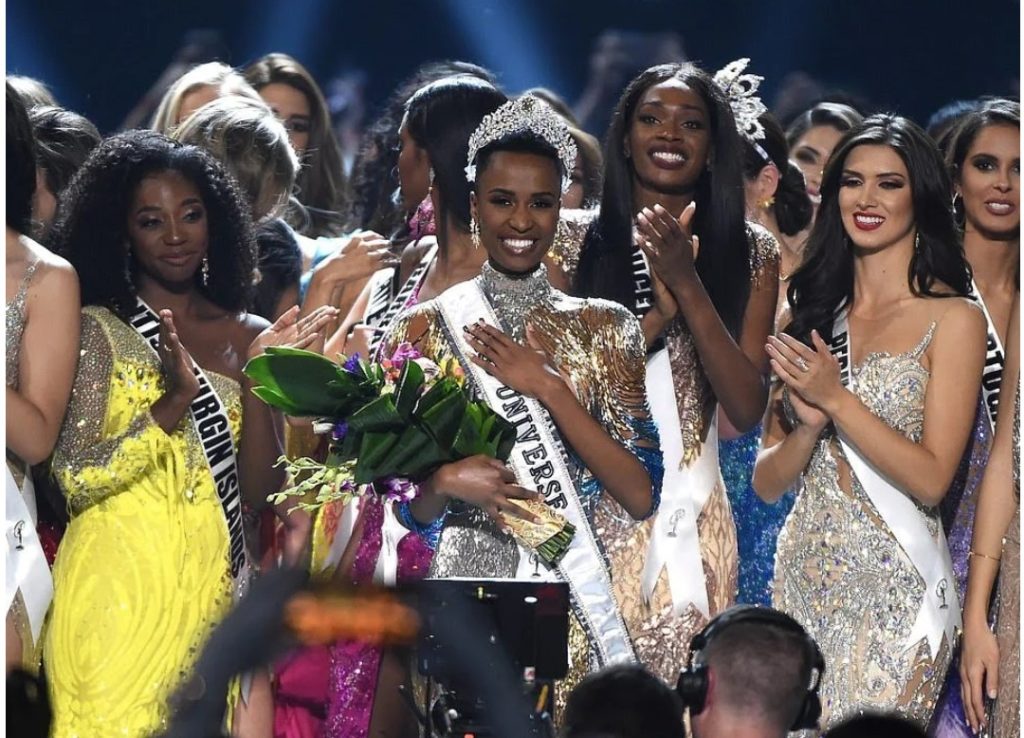 The 26-year-old bagged the crown after 90 contestants from across the world took part in the various segments, which included best costume, swimsuit and discussing current affairs including climate change, protest and social media.

Zozibini was crowned Miss Universe after excelling through rounds of swimsuit and evening gown struts, questions on social issues and one final chance to explain why she was the right choice.

Speaking ahead of her win on how she was keen to teach young girls about leadership, Zozibini aaid that “I grew up in a world where a woman who looks like me — with my kind of skin and my kind of hair — was never considered to be beautiful. I think it is time that that stops today. I want children to look at me and see my face and I want them to see their faces reflected in mine.”

While the exact prizes aren’t revealed, she is expected to win a year’s free rent in a New York apartment worth USD100,000, along with flying around the world for modelling opportunities.

Earlier in the competition, Zozibini said of leadership: ‘It’s something that has been lacking in young girls and women for a very long time – not because we don’t want to, but because of what society has labelled women to be,’ she said.

‘I think we are the most powerful beings on the world, and that we should be given every opportunity.

‘And that is what we should be teaching these young girls – to take up space.’

Miss Universe 2018 Catriona Gray Filipino-Australian, 25, who was the fourth Filipina to be crowned Miss Universe when she took the title at last year’s pageant, handed the crown over to Miss South Africa.

Making her final remarks as the title holder, Gray told the audience she was closing out the chapter in her life with ‘a grateful heart.’

‘I’ve always believed that as women we have the power to redefine our generation,’ she said. ‘When we raise our voices together, the words ‘woman power’ become more than just a phrase. They become a movement.’

‘To everyone with a dream, know that your dreams are valid. And on your path you are never denied, only redirected,’ she added.