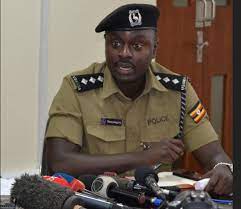 A private security guard is in trouble for kidnap of a minor in Nakawa division, Kampala city. The Kampala Metropolitan Deputy Police Spokesperson, Luke Owoyesigyire has identified the suspect as Steven Mugisa, a resident of the Upper Kazinga zone in Nakawa division.

According to Owoyesigyire, Mugisa was picked up while demanding a ransom of Shillings 20 million from the minor’s parents. He was arrested in an operation that followed the kidnap of 2-year-old Isabella Musimenta, a daughter of Herman Mugarura.

“The suspect who was in hiding was tracked and later arrested on Tuesday and the child was also rescued alive. We have also established that the parents had sent Shillings 1M as part payment of the Shillings 20M demanded by the kidnapper,” Owoyesigyire said.

Owoyesigyire said during the arrest, police were also able to recover Shillings 600,000 and two new sim-cards from the scene, which have since been exhibited. He says the suspect will be produced in court for aggravated trafficking in persons.

Although Isabella’s parents were able to find her, the whereabouts of 8-year-old Eva Namawanda who was kidnapped on November 27, 2022, remains unknown. Her mother Joan Namawanda, says that her daughter was kidnapped by a stranger from her home in Kasokoso-Kira Municipality when she was away for work.

She narrates that the stranger who was pretending to look for direction convinced the child to escort him to a neighbor’s home and vanished with the minor. According to Namawanda, she was informed by the victim’s siblings that she had escorted someone and didn’t return.

Sowedi Kasirye, the Kasokoso zone chairperson says the acts of kidnaps for ransom in slum areas are on the rise.

Police have since called on the public to be vigilant against the increasing cases of kidnap for ransom. According to the crime report of 2021, 207 cases of kidnap were reported throughout the country compared to 159 of 2020 and 142 cases in 2019.

“The police have noted a slight increase in cases of kidnap for ransom, where assailants keep surveillance of their victims….. We appeal to the public to remain vigilant in their communities, especially during this long holiday,“ Owoyesigyire said.