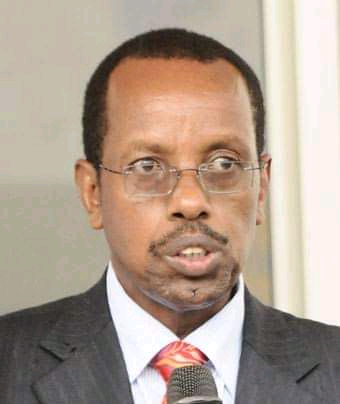 A multi-billion scandal has hit both ministries of Education and Sports, and the Ministry of Finance and Economic planning, after it emerged that both ministries erroneously sent USD600,000 (about Shs2.2Bn)to the Ugandan Mission in Beijing, China, to help with the evacuation of Ugandan student from Wuhan City, China.

The shocking revelation was made by the Permanent Secretary to the Treasury Keith Muhakazini who, in his letter dated March 10, 2020, addressed to the Accounting Office, demands officials Beijing to return the extra money ney that was transferred to the Mission’s account.

Muhakanizi wrote the letter after the Finance Ministry discovered that although officials from the Ministry of Education and Sports had sent in a requisition of USD600,000 basing on Cabinet Extract Number 62 (CT2020), the same Cabinet Extract had actually passed a decision for USD61800 (about Shs253M).

But by the time of discovery of the anomaly the money had already been to the account of the Ugandan Mission in China, reason why Muhakanizi has since written to the officials there to either refund the money or face trouble.

His letter reads in Partly thus;

“Reference is made to a letter from the Hon. Minister of Education and Sports dated 19th February 2020 requesting for mobilisation and transfer of resources amounting to USD600,000 through the Ugandan Mission in Beijing to support the affected students.

Further reference is made to the Cabinet Extract Number 62 (CT2020) which authorised a release of USD61,800 to support students in Wuhan City, China.

As you’re aware, on the 29th of February 2020, this Ministry transferred USD600,000 to the Ugandan Mission in Beijing to support the affected students. However, upon receipt of the Cabinet extract, we noted that there is a discrepancy between the amounts therein and that stated in the letter from the Ministry of Education and Sports.

The Purpose of this letter, therefore, is to direct you to return the excess USD538,200 back to the Contingencies Fund account as detailed below;

By Copy of this letter, the Permanent Secretary, Ministry of Education and Sports is requested to clarify on the above discrepancy.”