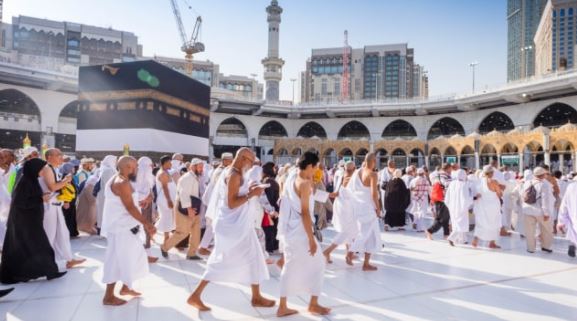 Saudi Arabia has halted travel to Islam’s holiest sites over fears about a new viral Corona epidemic months ahead of the hajj pilgrimage.

Saudi Arabia on Thursday halted travel to the holiest sites in Islam over fears about a viral epidemic just months ahead of the annual hajj pilgrimage, a move that came as the Mideast has over 220 confirmed cases of the new coronavirus.

The extraordinary decision by Saudi Arabia to stop foreigners from reaching the holy city of Mecca and the Kaaba, the cube-shaped structure the world’s 1.8 billion Muslims pray toward five times a day.

The decision also affected travel to Prophet Muhammad’s mosque in Medina. Authorities also suspended entry to the kingdom to those with tourist visas from nations affected by the new virus.

There have been no confirmed cases of the new coronavirus in Saudi Arabia amid the outbreak.

Since September 2012, there have been nearly 2,500 cases of MERS reported, with 858 deaths attributed to the virus, according to the World Health Organization.

Since it emerged in December in Wuhan province, central China, the new coronavirus has sickened 82,000 people globally, with more than 2,700 deaths.