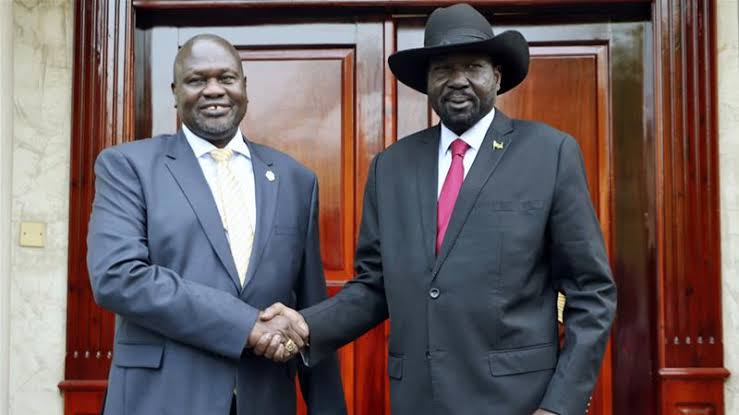 Kiir and Machar, who is now opposition leader, met over the past three days in the capital Juba to resolve outstanding disputes that prevented the formation of a coalition government in time for a November 12 deadline and on Tuesday announced that they had finally reached a common understanding.

There were international concerns that war could resume over the disputes.

Last month, the two leaders bought time by delaying the government’s formation for 100 days beyond that deadline.

This comes hours after the United States on Monday imposed sanctions on two South Sudanese officials it accused of fomenting conflict, the U.S. Treasury Department announced on Monday, in its latest move to pressure the country’s politicians to form a unity government.

Minister of Cabinet Affairs Martin Elia Lomuro and Minister of Defense and Veteran Affairs Kuol Manyang Juuk were blacklisted for their role in perpetuating the conflict by obstructing the peace process, Treasury said in a statement.