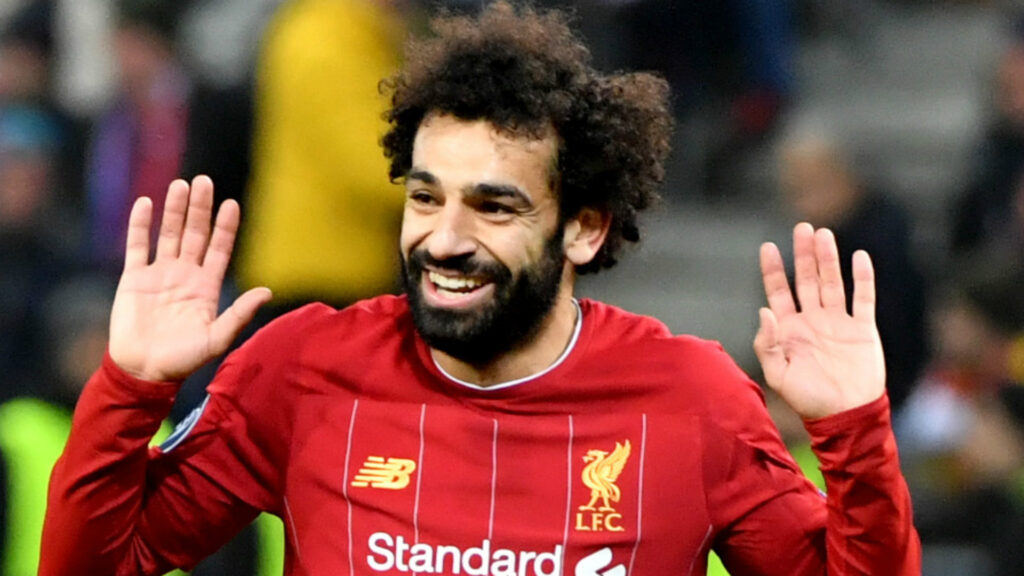 The Liverpool forward opened his 2020-21 campaign with a hat-trick against Leeds, with the history books re-written in the process

Mohamed Salah has set another Premier League record, with the Liverpool forward snatching one from Manchester United legend Wayne Rooney in his latest outing for the Reds.

The Egyptian forward has made a habit of re-writing the history books during his time at Anfield.

He now boasts another entry, with a stunning start enjoyed to the 2020-21 campaign.

Salah has been a prolific presence throughout his spell with Liverpool and is up and running in style for the new season.

A match ball was claimed in his opening outing, with the defending champions edging their way to a thrilling 4-3 victory over Leeds.

Salah put Liverpool in front on three occasions against the Whites, with two penalties forming part of his hat-trick heroics – with 50 top-flight efforts at Anfield achieved along the way.

He converted from the spot to open the scoring and wrap it up, while also firing a clinical left-footed finish into the top corner during a lively first half.

When the 28-year-old finds the target, Liverpool tend to win, and that proved to be the case again versus Leeds, with the Reds emerging victorious in a 35th successive contest in which Salah has hit the net.

That run has set a new Premier League record, with United’s all-time record scorer Rooney having to relinquish top spot on a notable roll of honour.

35 – Liverpool have now won each of the last 35 @premierleague games in which Mo Salah has scored – he has overtaken Wayne Rooney’s competition record of 34 consecutive wins when scoring from September 2008 to February 2011. King. pic.twitter.com/7wkA9Dmywz

While Salah was the star of the show for Liverpool in a meeting with Leeds, Marcelo Bielsa’s side gave a good account of themselves – in what was their first top-flight fixture in 16 years.

1988 – Mohamed Salah is the first @LFC player to score a hat-trick on MD1 of a league season since John Aldridge against Charlton in 1988-89. Magic. pic.twitter.com/pI1YzYcywf

The Whites showed that they can be a match for the very best in the business, with their impressive ball retention and boundless energy making life difficult for Jurgen Klopp’s title holders.

Salah admitted as much to Sky Sports, saying: “It was at times so tough to play, especially here at Anfield without the fans.

“They pressed well and their intensity was really high. We had a good game. We shouldn’t have conceded three but overall we did a good job

“They’re a tough team and they reacted really well. They scored three goals against us so we have to keep improving.”

With Salah – a man who already has two Premier League Golden Boots to his name – leading the charge, Liverpool will be confident of emulating their efforts from 2019-20 as they seek to defend a crown they worked so hard and waited so long to capture.