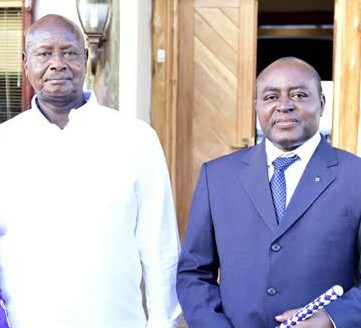 The Omusinga of Rwenzururu kingdom Charles Wesley Mumbere has petitioned court to transfer his trial to the International Crimes Division, which is the Ugandan arm of the International Criminal Court, after government failing to conduct trial for over three years, yet he is kept under house arrest.

The Omunsinga also wants hundreds of his Royal Guards who are in detention at various police stations to be tried under the International Crimes Division of the ICC.

According to the petition that was filed on Monday at the International Crimes Division at Kololo, the Prime Minister of the Obusinga Bwa Rwenzururu asked court to consider transferring his matter to the ICC. Among others, those seeking to be tried at the ICC highlight a lot of challenges that have befallen them ever since.

In his letter he decried anticipated unfairness and seemingly lack of seriousness exhibited by the Ugandan courts of Justice. This distrust exhibited in the competency of the Ugandan Court system in this particular trial is a blow to the Ugandan Judicial System.

He is disappointed at the way the Ugandan government has handled the matter for the past three years.

It must be noted that the Rwenzururu King Mumbere was arrested in November 2016 following a spirited attack on his Kingdom by state forces. He and over 200 others were arrested and charged with various charges including Treason and murder.

Among those that were arrested together with the King was Mr. Kitsumbire who was one of the King’s deputy Prime Ministers who now seeks to be transfered to the ICC for justice to be fully administered.

He filed this complaint yesterday as he reported together with the King on his monthly court reporting. Next court reporting will be on the 3rd Feb 2020 where we expect the Court to pronounce itself on the matter of transferring Mr. Kitsumbire to the ICC.