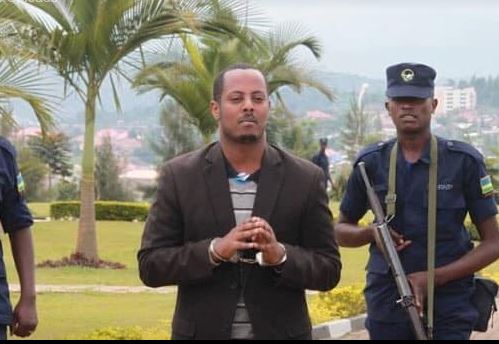 Human Rights activists in Kigali have condemned what they call an assassination of popular Rwandan musician Kizito Mihigo, who allegedly committed suicide on Sunday night.

A statement released by the Global Campaign for Human Rights, a Non-governmental Organisation, “condemns in the strongest terms possible the assassination of Kizito Mihigo by the Rwandan Security Services on Sunday 16th February 2020.”

The human rights activists add in their statement that “We condemn the attempt by the Police to mislead the Rwandan public and international media by announcing that Kizito committed suicide in and that his body was discovered on the morning of 17th February 2020.

Kizito was in fact killed after intense questioning and extreme torture by a group of policemen coordinated and commanded by Brig Gen Dan Munyuza.”

Prior to his strange death which has since attracted lots of criticism for the government in Kigali, Kizito was a famous gospel singer who actively promoted peace and reconciliation through his art.

His songs and talks carried strong messages of Christian values, particularly the importance of forgiveness and reconciliation in order to re-build a cohesive, peaceful, harmonious and sustainable society in Rwanda.

Authorities in Kigali said he was arrested on 13th February allegedly trying to flee Rwanda and trying to sneak into Burundi.

However, Kizito’s murder follows many other staged and arranged assassinations of human rights activists, political activists and journalists in the last 25 years.

We request the Rwandan security services to immediately cease the harassment and assassinations of all those that criticise the Rwandan government’s policies and actions.

We will continue to fight for justice for all victims that have been killed and continue to promote the cause that has cost them their lives – advocating for peace, justice, democracy and reconciliation.”

However, the Rwandan government insists that Kizito committed suicide, although details of how he committed the suicide remain scanty. It is not clear whether he drank poison, hanged himself, suffocated himself, slit his wrists or any other form of suicide.