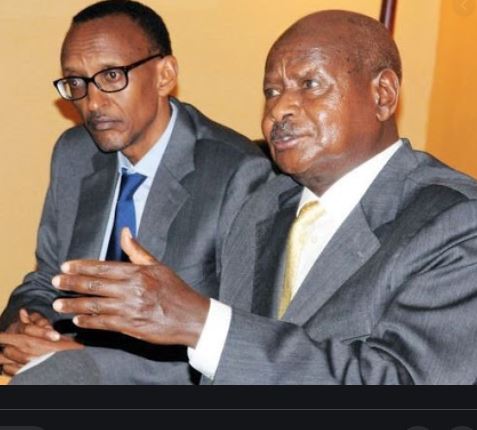 Controversy has arisen after Rwanda demanding the firing of top Ugandan government officials and army officers ahead of the meeting between presidents Yoweri Museveni Paul Kagame, slated for Friday, February 21, 2020.

Ugandan and Angolan officials were stunned last Friday after the Rwandan team demanded that President Museveni fires his top security chiefs,  among them Brig. Abel Kandiho, who heads the Chieftaincy of Military Intelligence (CMI) and Rtd. Col Kaka Bagyenda of Internal Security Organisation(ISO), as part of the conditions for normalizing relations between the two countries.

Ugandan and Rwandan officials last Friday met in Kigali in fulfilment of the Luanda protocol that aims at normalizing tensions between the two countries.

The meeting was also in preparation of the border meeting between President Museveni and his Rwanda counterpart Paul Kagame that is expected this Friday at Katuna/Gatuna border.

While presenting the demands during a meeting in Kigali, the Rwandan Minister of State for Regional Cooperation, Olivier Nduhungirehe, while reading a statement, said Uganda must “refrain from all actions intended to destabilize Rwanda; eliminate all factors that create such perception; withdraw the passport issued by Ugandan government to RNC’s head of diplomacy, Charlotte Mukankusi and prevent her from travelling to Uganda.”

He continued that “Kigali demands action be taken by Uganda, including disbanding” RNC (Rwanda National Congress), RUD-Uranana and arrest and extradite all its members to face justice in Rwanda,” he said.

RNC is led by the exiled former Rwandan army chief, Gen. Faustin Kayumba Nyamwasa, while RUD-Urunana is a splinter group of FDLR, a militia whose leadership is accused of committing the 1994 Rwandan genocide.

He claimed that the above mentioned Ugandan government officials have been holding meetings with Rwandan rebels in Mbarara, western Uganda and recruiting fighters from refugee camps.

However, the new demand of firing Ugandan security chiefs is said to have rattled senior diplomats, especially from Angola, who said this had not originally been part of the demands of the quadripartite meeting held between presidents Yoweri Museveni, Paul Kagame, Felix Tshisekedi of DR Congo and Jose Lourenco of Angola.

Their Ugandan counterparts, nevertheless, kept calm and promised to address some of the demands. The two sides agreed to fulfil six conditions that will end hostility between the countries and eventually reopen the border.

According to a joint statement released by both governments, number one on the list of resolutions is finding out how many nationals of either nation are detained in each other’s prisons and the modalities of freeing them.

“Both parties committed to further verify the number and the status of nationals of either party detained in each other’s country and to report back through a Note Verbale in three-weeks time,” reads in part the statement that was signed by Mr Kutesa and Mr Nduhungirehe.

Secondly, both nations are to protect and respect the human rights of nationals of either party.

It was also agreed that Kigali and Kampala finalize the Extradition Treaty of all Rwandan prisoners currently in detention by the UPDF, CMI, Uganda Police, ISO and other security organisations.

The treaty will be signed in the presence of Presidents Museveni and Kagame (Rwanda) at the fourth Quadripartite Summit that will be held in Gatuna/Katuna on February 21, 2020.