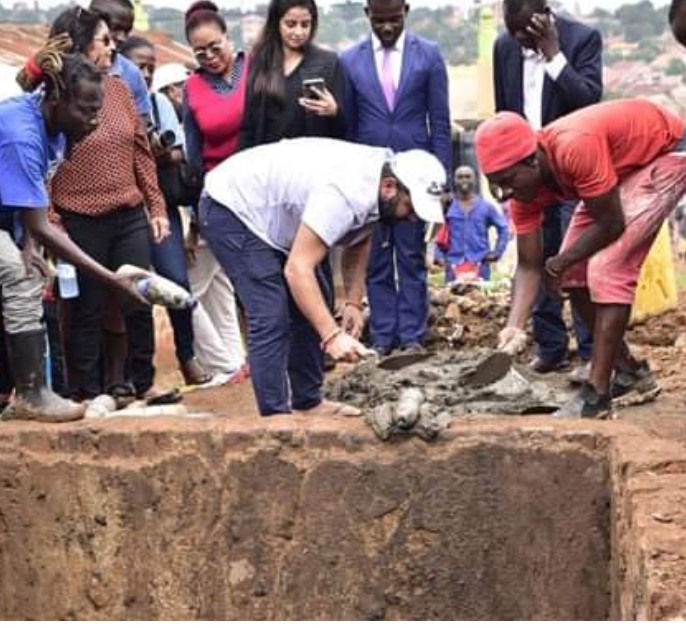 As part of their Corporate Social Responsibility, the Ruparelia Foundation together with other corporate companies on Friday launched a sanitation project at Good Samaritan Primary School in Kamwokya Slums, Kampala.

The team was led by Rajiv Ruparelia, the director Ruparelia Foundation, who said they will spend Shs25 million to construct a six-stance toilet at the school, which has a population of over 500 pupils.

He said it is part of the money that was raised at the recent Goat Races Charity event, where corporates raised money and awareness for charity.

He said they intend to build five toilets in various slums around Kampala before the programme is extended to other parts of the country, using proceeds from the Royal Ascot Goat races held at Spake Resort Munyonyo in October this year.

The event was attended by several members of Ruparelia Foundation who included Ms Jyotsna Ruparelia, Sheena Ruparelia among others.

According to Mr Noor Kisira, the head teacher of the school, it has been a challenge to operate a school with no proper toilet facilities, hence the gesture of kindness came at a time when it was most needed.