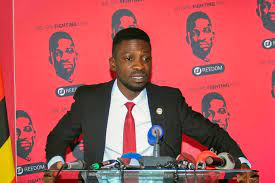 The National Unity Platform (NUP) headed by Robert Kyagulanyi Ssentamu alias Bobi Wine has ordered all the party’s Members of Parliament (MPs) who had recieved the ’40 million bribe’ from the speaker of Parliament to take it back immediately.
The MPs were being told that the money was a token of appreciation, while others were told the money was meant to supplement their income in the tough economic situation in the country.
NUP as a party and Bobi Wine the leader have insisted that that was clearly a bribe. “It should have been obvious to everyone that the money was both illegal and immoral,” Bobi Wine said.
“How can public funds be handled in this manner? A quick summation of these funds shows that the regime is spending over 20 billion shillings on this illegal, immoral and corrupt venture, the opposition party further stressed, condemned the act as ‘open day corruption’.
The money was being given out in cash without any clear explanation about its source and purpose. Some members were being told to go with boda-bodas or cars not belonging to them in order to disguise themselves!
The money was being given out to each MP accordingly; the NRM members were receiving this money in cash straight from Parliament, while opposition and independent MPs were receiving it from the home of Ms. Anita Among- the Speaker of Parliament!
Some NUP MPs had already picked the money, but they will have to return it immediately, as the party has directed after deciding when they convened an emergency caucus meeting this week.