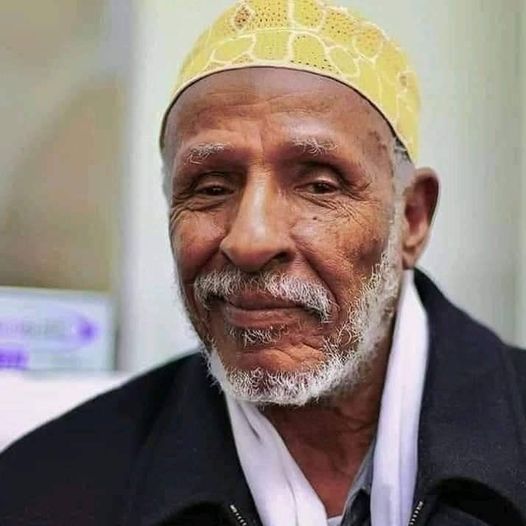 Source: BBC
Somalia’s greatest living poet Mohamed Ibrahim Warsame Hadraawi has died in the Somaliland capital, Hargeisa, aged 79.
Hadraawi was widely regarded as the greatest living Somali poet – dubbed by some as the Shakespeare of Somalia.
Born in 1943 in Togdheer, he was known to Somalis by his nickname Hadraawi, meaning “the master (or father) of speech”.
The poet had been ill for some time.
Hadraawi wrote the lyrics to more than 200 epic poems and the lyrics to more than 70 songs.
His early work was broadcast across the region and in the 1970s he wrote poems that were critical of Somali President Mohamed Siad Barre’s government.
He ended up being imprisoned for five years for the work. After his release, he went into exile in Djibouti, but continued his political criticism through a series of poems that were memorised and widely recited.
After the collapse of Somalia’s central government in 1991, Hadraawi led a caravan for peace, which tried to promote understanding and reconciliation across the Somali regions and the diaspora.