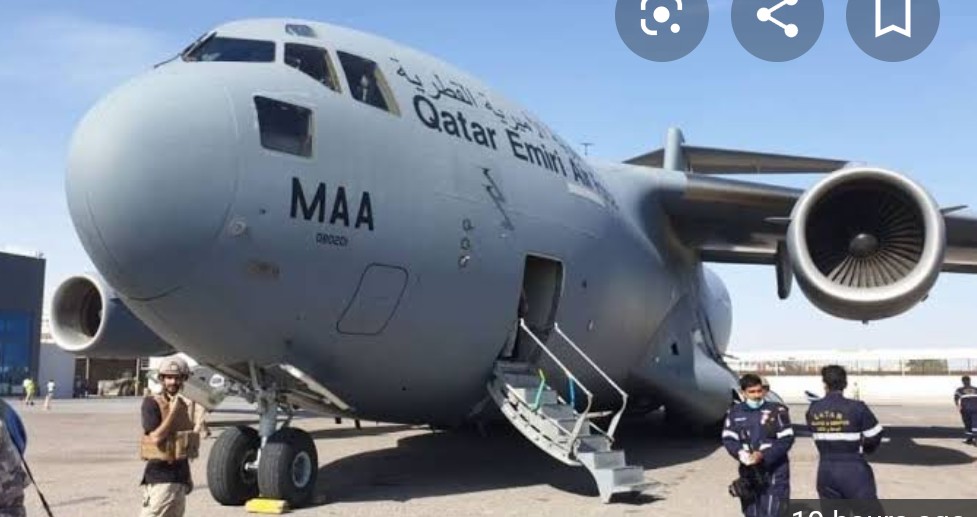 The government of Qatar on Monday dispatched a military plane and personnel  to Somalia to evacuate badly wounded victims of Saturday’s tragic bombing, that left at least 90 dead and over 100 others wounded.

The Qatari air force plane is expected to evacuate some 22 badly-wounded victims to Doha for specialized treatment.
Qatar also dispatched some four tons of medical materials and first aid to help doctors treat other injured people in Somalia.

The latest evacuation comes following a similar move by Turkey which saw 16 victims evacuated to Ankara on Sunday.
Both countries have also sent doctors to help the wounded.

The blast took place at a security checkpoint at a busy intersection in the capital, Mogadishu.
Somali President Abdulahi Farmajo said the aim of the attack was to demoralize the Somali people, but that terrorists would never stop the country’s rebuilding process.

Somalia has been dogged by conflict for more than 10 years, propagated by the al-Qaeda-affiliated al-Shabaab terror group.