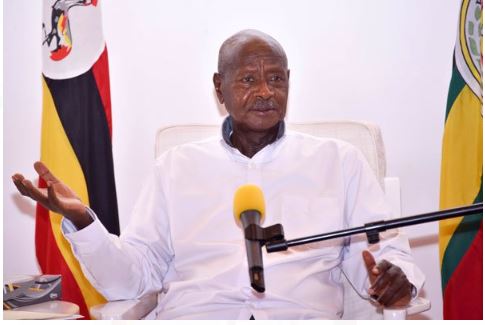 There is public outcry among several Ugandans after President Yoweri Museveni announced the extension of the Coronavirus (COVID-19) lockdown from April 15 to  May 6th, 2020.

Museveni announced this in his latest address to the nation on Tuesday at State House, Nakasero. “All previous measures previously announced will stay in place for the next 21 days,”the President said.

He added that “We will use the 21 days to defeat the virus decisively or prepare better on how to cope.”

In making a case for the extension of the lockdown, the President highlighted asymptomatic cases where a carrier of the virus does not present symptoms but is capable of spreading it to others.

“The 54 confirmed cases may not be the only ones. We got them by blocking them and placing them under quarantine. Some, including contacts, were traced while others volunteered to take tests after they fell sick. But this doesn’t address those who get infected but don’t fall sick. They simply didn’t know and you can’t blame them. But they will be infecting other people for 34 days,” he warned.

“That’s why we think it (extension) is safer. Let’s not be impatient. Let’s wait for another 21 days because if somebody got the virus and is asymptomatic and is circulating in his home, the whole family cannot be asymptomatic. Some will fall sick and we shall test them,” Museveni advised.

He said the lifting of the lockdown will be done systematically as and when it is deemed fit and  that government is likely to start with  public transport.

The President however says it is not the time to celebrate as yet. He explained that in the recent weeks of lockdown, government has been working to block importation of the virus, as well as singling out returnees who melted into society, testing them and their contacts.

He revealed that some 18,000 people who few into the country between March 7 and March 22 are still being traced.

Museveni cited additional danger points that could facilitate the spread of Coronavirus disease. These include land borders with East and Central African countries, cargo trucks and crews, crews of trains, cargo plane crews and those of UN planes, as well as health workers at the front line.

He however urged Ugandans to continue adhering to the measures put in place by the Ministry of Health and the Presidential Directives aimed to combating COVID-19.