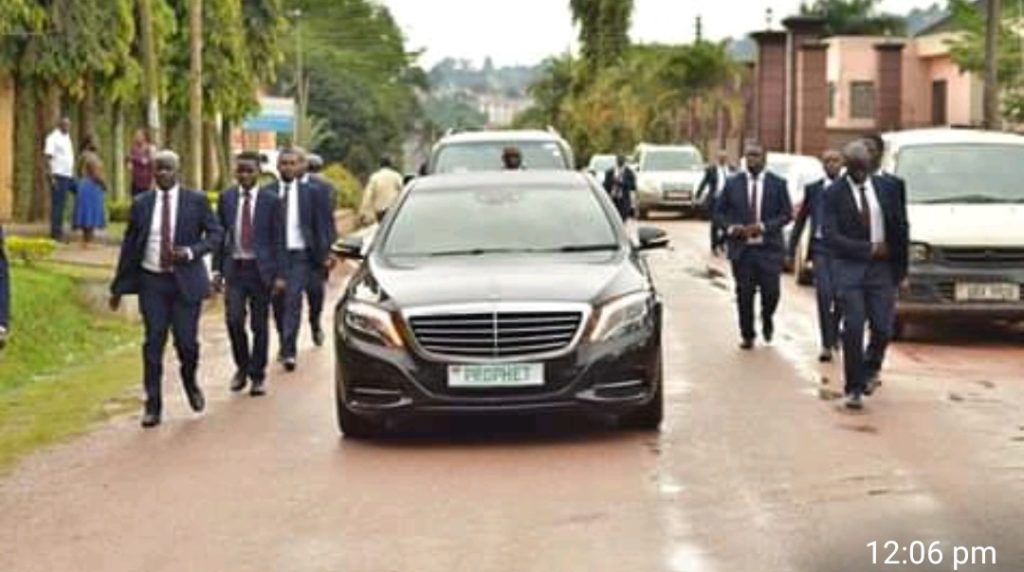 Flamboyant Kampala pastor prophet Elvis Mbonye has taken his Swag to another level, after shipping into the country a monstrous Mercedes Benz Pullman Guard, which is valued at over Shs1Bn.

Mbonye unveiled the Benz on Sunday and he was seen being chauffeured in it while his bodyguards trotted besides the vehicle.The Pullman Benz is a very rare vehicle that is usually manufactured on special order and in most cases customised to the tastes and preferences of the client.

In Uganda, it is only President Yoweri Museveni who is known to own the Mercedes Benz and now Prophet Mbonye, of Zoe Ministries, becomes the second Ugandan to own this luxury vehicle.

Initially, Mbonye was known to cruise around in a fleet of Range Rovers but it seems the man of God, who is known for his controversial prophesies, has since gotten vision to change his locomotive style.