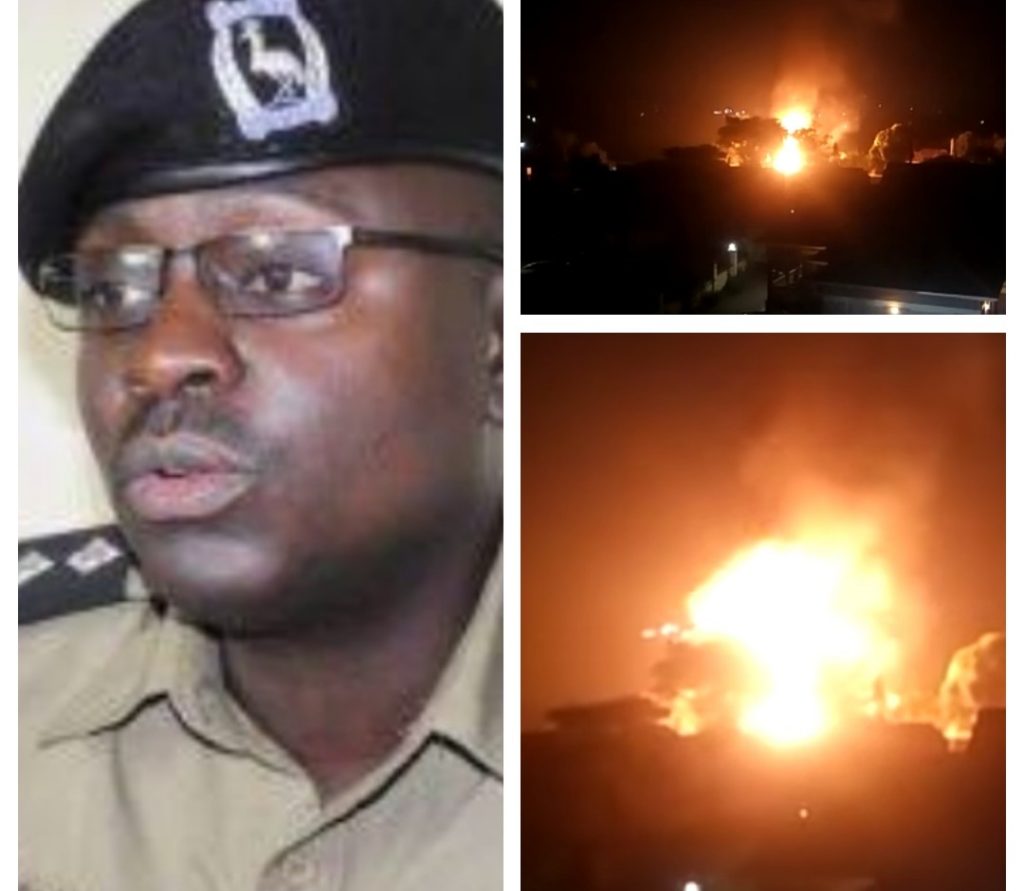 Residents of Kikulu Zone, in Kisaasi,  a city suburb, and surrounding areas were Saturday night engulfed with fear following a huge fire that broke out after gas cylinders exploded at a residential property.

Police’s fire department  responded to multiple explosions in time and managed to fight the fire before it spread to nearby properties.

While commenting about the explosion Kampala Metropolitan Spokesperson Luke Owesigire sais in a statement that ‘property has been destroyed but “no death of persons confirmed so far.”

He said the police’s firefighters are at the scene to put out the fire and conduct further investigations.

Preliminary investigations indicate that the house was having a lot of gas cylinders and they were exploding each at a time, thereby making multiple blasts.

Owoyesigire promised to give a detailed report after conclusive investigations being done by the police about what caused the explosions, who owned the house and why they were storing several gas cylinders in one place