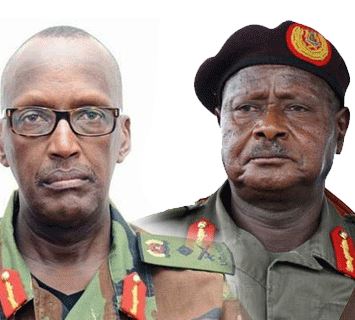 News coming indicates that presidential candidate Lt. Gen. Henry Tumukunde has been arrested, a few days after the Electoral Commission granted him permission to conduct consultations ahead of the 2021 election.

Our Spies reveal that Gen. Tumukunde’s home in Kololo was Thursday evening surrounded by military officers, who sealed off the entire area, blocking anyone from leaving or entering his residence.

However, the mean-looking officers have since barred journalists from accessing the area, filming or doing any photography in the area.

By the time of filing this story neither the police nor the Uganda Peoples Defence Forces (UPDF) have come out to issue a statement about why they surrounded Gen. Tumukunde’s home.

It should be noted that Gen. Tukmukunde’s bodyguards were withdrawn by the army a few weeks ago, shortly before news circulated that he had finalised plans to announce his presidential bid ahead of the 2021 elections, during which he intends to oust president Yoweri Museveni.

We shall keep you posted about this developing story.