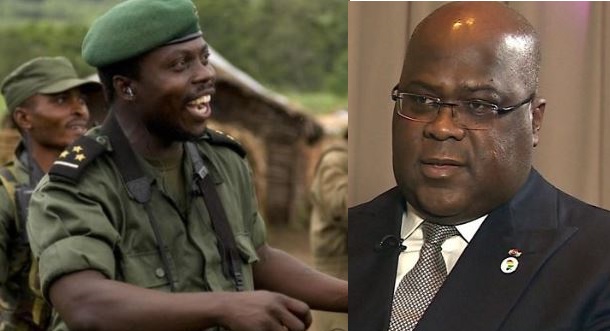 President Felix Tshisekedi of the Democratic Republic of Congo has ordered the army to conduct an investigation into the murder of former military spy Chief Delphin Kahimbi, who was one of the most powerful figures during Joseph Kabila’s 18 years in power.

Kahimbi was found dead at his home in the capital, Kinshasa, on Friday, the day he was meant to appear before the country’s Security Council.

He was to answer to allegations  that he was involved in a plot to destabilise President Tshisekedi’s government.

Gen. Kahimbi was on an EU sanctions list for alleged human rights violations and hindering the democratic process.

Tshisekedi took over from Joseph Kabila in January last year, the first peaceful transfer of power in the country in nearly 60 years although many disputed the election result.

But Kabila remains politically powerful and his party is in a coalition government with Tshisekedi’s party.

Gen Kahimbi was undoubtedly one of the most powerful figures during M Kabila’s time in power.

To some the military intelligence chief was an impressive strategist, who helped defeat rebels in the east of DR Congo.

But to others he was a symbol of the torture and oppression of opponents of the former president.

It is not clear yet what exactly killed him. Some sources say he took his own life; his wife has been quoted as saying he had a heart attack. But the army released a statement saying his death was a great loss.

Earlier in the week, several sources said the general had been suspended because of the allegations he was facing.

The US ambassador to DR Congo tweeted on Thursday: “As we have consistently said, those who are corrupt, commit violations of human rights, or disrupt the democratic process should be held accountable.”

A senior army commander has said the allegations were baseless and intended to tarnish Gen Kahimbi’s image.