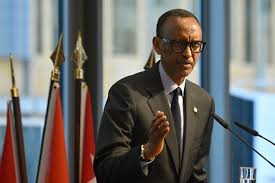 The government of Rwanda led by African strongman Paul Kagame has passed a law that now requires all pastors in the country to have, at least, a bachelor degree in order to preach, with over 6,315 churches closed.

According to reports, as at July 5th 2018, the government of Rwanda proposed the new law which has now been passed and is operational.

The new law requires all pastors and preachers in Rwanda to hold a bachelor degree in theology.

Among other requirements, toilets must be a certain distance from a church’s entrance, church access roads and campuses must be paved, churches must have lightning conductors, and inside walls and ceilings must be plastered and painted

The new law also says that as a servant of God after receiving God’s calling, you must also meet the government of Rwanda’s requirements and “calling”.

Also, all forms of praying and fellowship  outside an approved church building such as wilderness, deserted areas, sea shores, forests, caves, and worshiping by rivers is forever prohibited.

There have been a series of meetings that took place between Rwanda officials and the clergy regarding church closures and regulations with both sides agreeing on the terms.

However, some church leaders (mostly in exile) have been criticizing the new law saying it is a great loss to the nation.

“This is a great loss to our once Christian nation, My beloved Rwanda has become a goat nation! Pastors on the ground tell us that the government is the one that determines the organization and functioning of the church 100%”

“The church was the last open space where people could meet and freely talk in private without the government interference, there is so much fear among believers that even when people visit at home, they are afraid to hold hands and pray for they fear to be accused of having church in their homes.” a local church coalition said.

According to Rwanda’s Kagame, in a period of less than two months, a total of 6,315 churches have been closed across the country for not meeting government requirements.