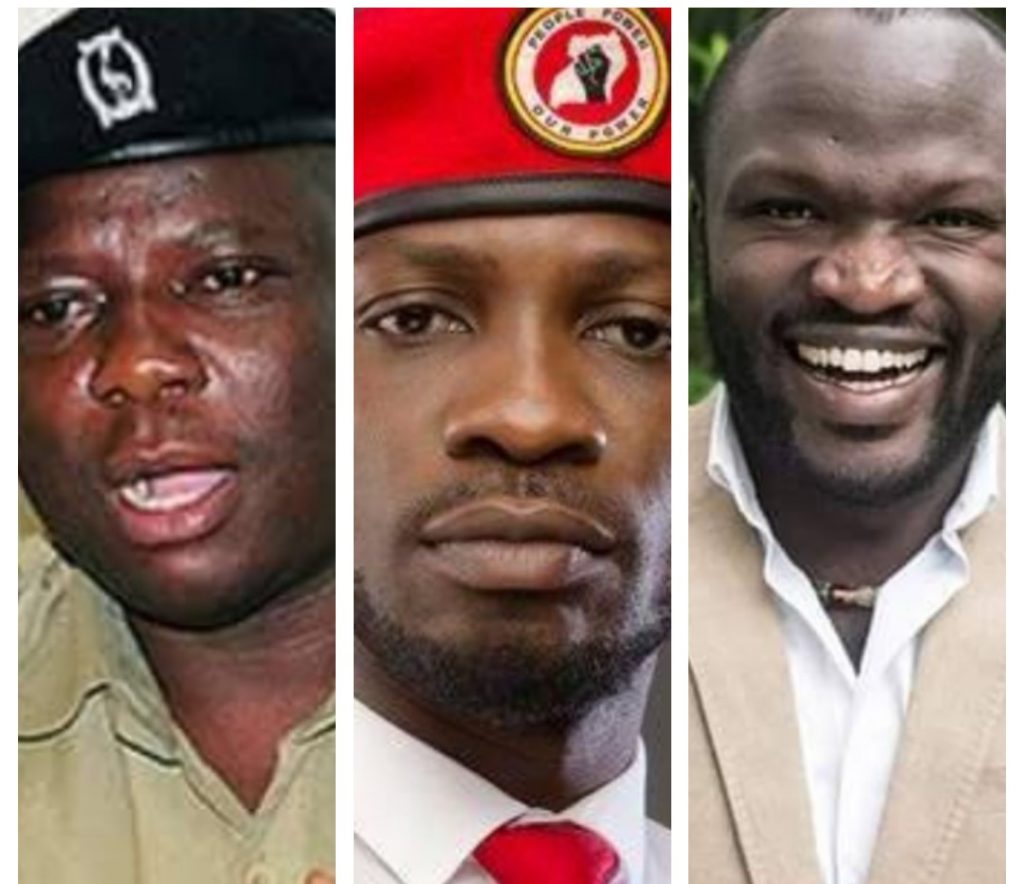 The Uganda Police have revealed why they arrested a Uganda UK journalist identified as Moses Bwayo on Monday, and dispersed a team that was shooting a music video for People Power movement leader Robert Kyagulanyi aka Bobi Wine, in Kampala.

According to the police,  the journalist and his group were shooting a music video in the middle of the road, disrupting traffic, and refused to move on when they were ordered to vacate the area.

Following the arrest, police said they would charge the journalist with illegal assembly after arresting him  capturing a documentary of a song being composed by Bobi Wine, who wants to oust president Yoweri Museveni in the 2021 general elections.

Bwayo, who works under a contract with a UK-based production company, Southern Films, was arrested in Nsambya, a Kampala suburb, where he was filming Bobi Wine’s new music video.

He was dragged to Kabalagala Police Station, where he was detained until Thursday when he was released on police bond, although the police confiscated his cameras and other gadgets, before ordering him to return to the police station on March 4, 2020.

While addressing the media yesterday  Patrick Onyango, the police spokesperson for Kampala Metropolitan area, confirmed the arrest of the journalist and 10 others.

They were inconveniencing the residents as they moved in the middle of the road without police guidance or clearance. The area DPC called them and because they were big in number, some fled but the police managed to arrest 10 of them,” Onyango said in a telephone interview last evening.

He added that “But we have given them bond and their arrest has nothing to do with Bobi Wine.”

However, the arrest of the journalist did not go down well with fellow scribes, especially foreign correspondents, who condemned the police action.

Through their professional body, Foreign Correspondents’ Association of Uganda (FCAU), they issued a statement demanding the release of their colleague and his gadgets.

They also called upon government to stop criminalising reporting on Opposition political activities or groups.

Their statement partly reads thus; “The FCAU calls for the immediate release of journalist Moses Bwayo, who was arrested in Kampala on Monday evening as he was documenting Bobi Wine record a music video.”

They continued that “Independent journalism is a vital part of a free society and Ugandan authorities must not criminalise reporting on Opposition political groups.”

“This is persecution, a journalist should be free to work, especially on this calibre of work that is not illegal.

We know they will not successfully prosecute him but his arrest is intended to create fear among journalists to stop working with the dissenting voices such as Bobi Wine,” Sempala said yesterday shortly after Mr Bwayo’s release.

However, Bobi Wine yesterday at about 1pm, posted on his Facebook wall, admitting to have been working on a music project with the journalist and others.

“Meanwhile, as we still mourn our comrade #RitahNabukenya who was murdered by police yesterday, 10 of our friends with whom we have been working on a music project were rounded up by police including the video directors and cameramen.

They were taken to Kabalagala Police Station and charged with holding an unlawful assembly!”

He added that “This regime is so scared of the people that it’s even scared of its own shadow. While this should make us sad, we’re encouraged that such signs always spell the end of every brutal dictatorship. Stay strong comrades, freedom is in sight,” Bobi Wine posted.”