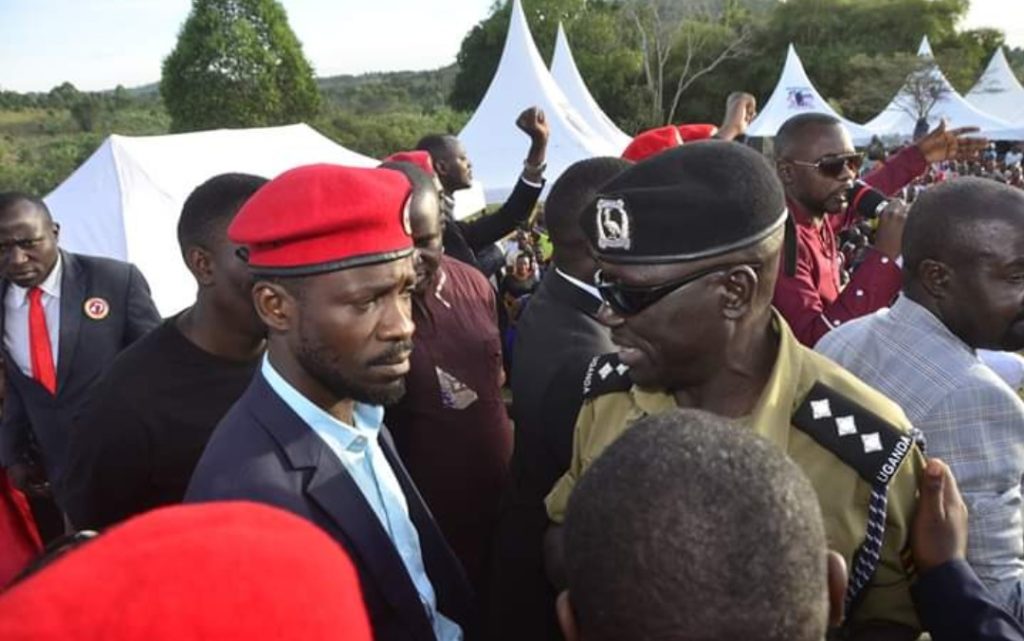 The police on Friday raided a party in Kasanda district where People Power pressure group leader Robert Kyagulanyi, who is the Kyadondo East Member of Parliament, had been invited by a fellow MP.

Elite News website has learnt that cops led by the Kasanda police station Officer In Charge raided the party and roughly arrested Bobi Wine before leading him to his car and forcing him to drive back to Kampala, after declaring the function illegal.

While commenting about  police’s brutal acts, Bobi Wine tweeted thus; “Yesterday, a colleague MP invited us to his father’s thanksgiving in Kasanda district. On arrival people were very happy to see us. The DPC pleaded that we leave so he doesn’t lose his job. He then declared the ceremony illegal and police descended on the crowd with brute force!”

While replying to  Bobi Wine’s tweet, many of his supporters sympathised with him and here is what some of them tweeted;
“@HEBobiwineWhat do you expect wen you go to a public gathering and u make it a campaign rally? Concentrate on the consultations you were cleared to do and never did after causing alot of commotion”- £mma

“Darius, did you think thru before deciding to comment the way you did. The guy went for a thanks giving and even before him doing anything, your guys descended on him and the other mourners. This nonsense should have a limit-” Ivan Nyeko

“@HEBobiwineBobi wine , are you sure the people who ur fighting for really want you to fight for them? Just asking?” Fr3Man Sady

“@HEBobiwineLike in the old days of Iddi Amin, the security forces acting in sheer impunity. No law cited they act by decrees from ‘above.’ nio… Nekirara tubulamu okunyiiga okwanamadala… we cant be ruled like brood!”