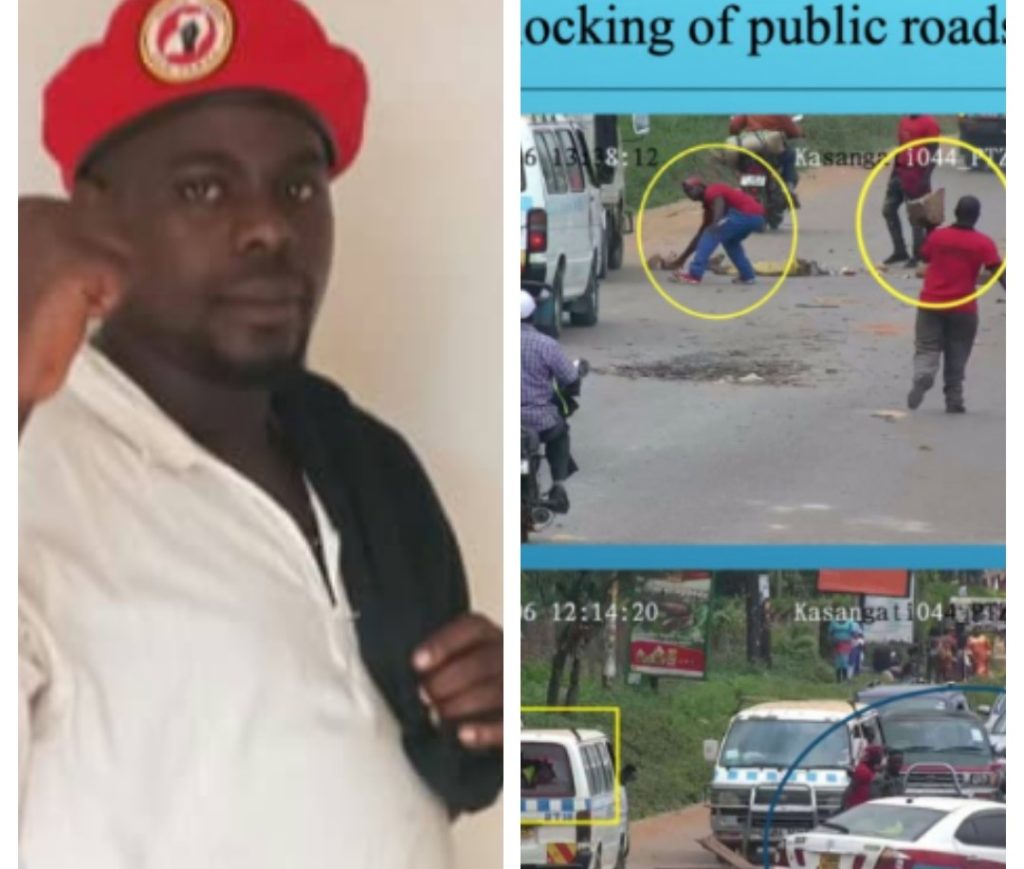 The police in Kampala are hunting for a People Power activists identified as Keefa Nuwahereza, over allegations that he is among several Bobi Wine supporters behind the recent violent protests in various parts of the country.

This comes after police released CCTV footage of People Power  supporters in Gayaza town, who were filmed attacking innocent civilians and policemen that were trying disperse irate Bobi Wine supporters. The said Bobi Wine supporters were captured on CCTV throwing stones at police and private vehicles, before burning tyres in the middle of the road to disrupt traffic.

Police also released a number of CCTV footage and photos from their ‘strategically’ located cameras and monitoring tools around Kasangati.