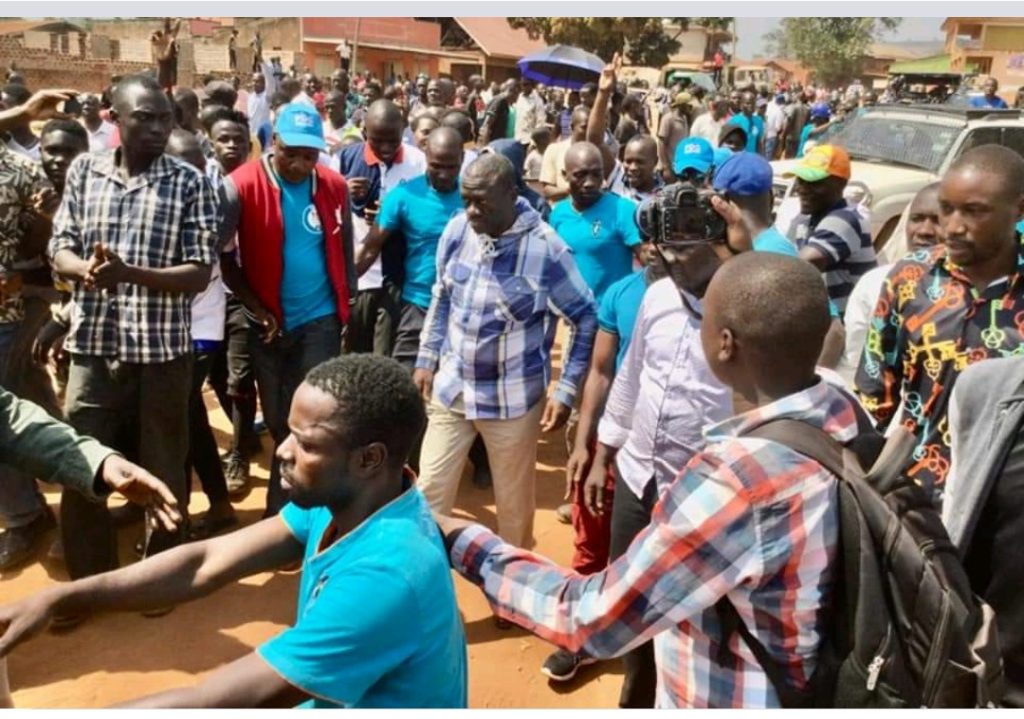 Besigye, who was touring districts in Eastern Uganda districts, was arrested together with several FDC stalwarts after police blocked their political activities.

The FDC stalwart was slated tour several districts in eastern Uganda in a move that was aimed at spreading FDC gospel, although the police didn’t allow him.

Anti-riot police from Jinja Police station blocked Besigye from continuing with his political activities, arrested him and whisked him to Nalufenya detention centre, from where they drove him to a yet to be identified location.

Apart from Besigye, several other FDC supporters and members were arrested by police and are currently languishing in police cells.

However, Besigye’s arrest sparked off riots from FDC supporters and Members in Eastern Uganda, who blocked roads and disrupted traffic by lighting fires in the middle of the road.

Our leaders  are being arrested as they officiate over the celebrations of FDC @ 15 in the various districts.The activity is part of FDC mobilisation Programs.  Fire in Buyikwe, Jinja  Iganga, Busia, Mbale, Soroti  Kumi, Bugiri  Budaka, Tororo, Maraba etc as the Police , army and LDU Break into our meetings. #TWERWANEKO
#DOUBLEACTION”