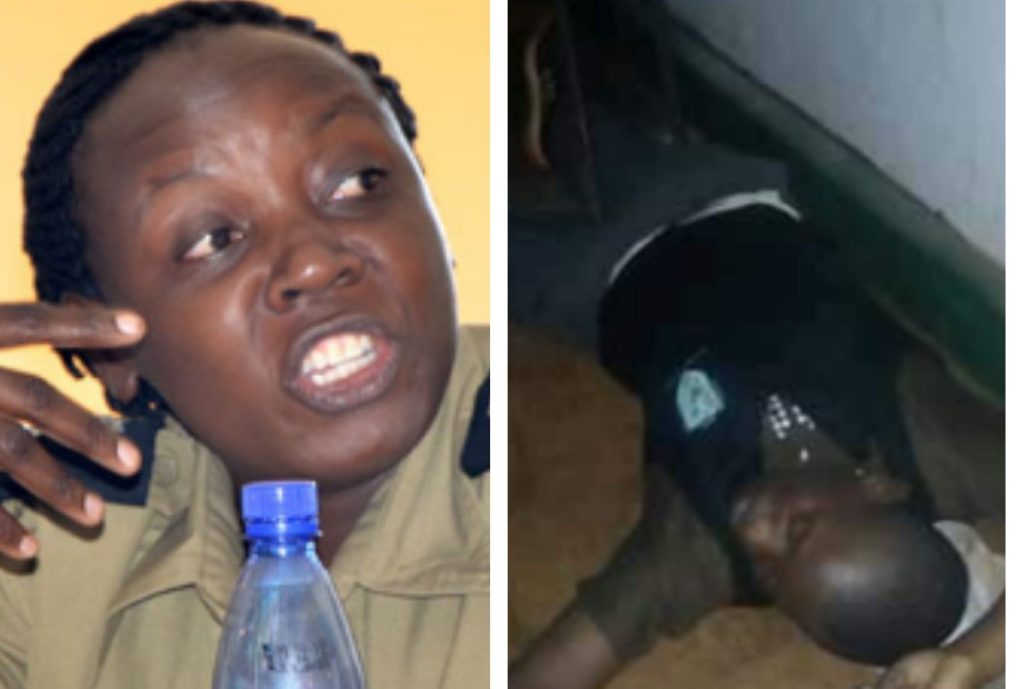 The police have arrested a trigger-happy  security guard for shooting a student at Kampala University, Jinja Campus, on Wednesday night.

Elite News has learnt that Isaac Katagwa, who  was pursuing a bachelor’s degree in hotel management, tourism and leisure, was shot through his back at close range and died instantly  by a guard at the University, who is currently in police custody.

It is alleged that the deceased got involved in a heated argument with the guard before the shooting.

However, Police officers who responded to the shooting rushed to the University under the command of Jinja Central Police Commander, Godwin Ochaku and chased away journalists, students and their lecturers from the premises, accusing them of messing up the crime scene.

While commenting about the Jinja Police spokesperson Diana Nandawula said that;

“We have in a custody a guard working with Star React, a private security group, who shot a University student called  Isaac Kataggwa. The guard told the police that he suspected the deceased to be a criminal element, that’s why he shot him.”

Nandawula added that “The police later responded to the crime scene, arrested the suspect and took the body to Jinja Hospital mortuary as investigations continue. After that the case file will be taken to the Resident  State Attorney (RSA) for legal advise.”

Nandawula however declined to divulge details of the arrested killer guard, noting that it would jeopardize investigations, although she said he is detained at Jinja Central Police station.