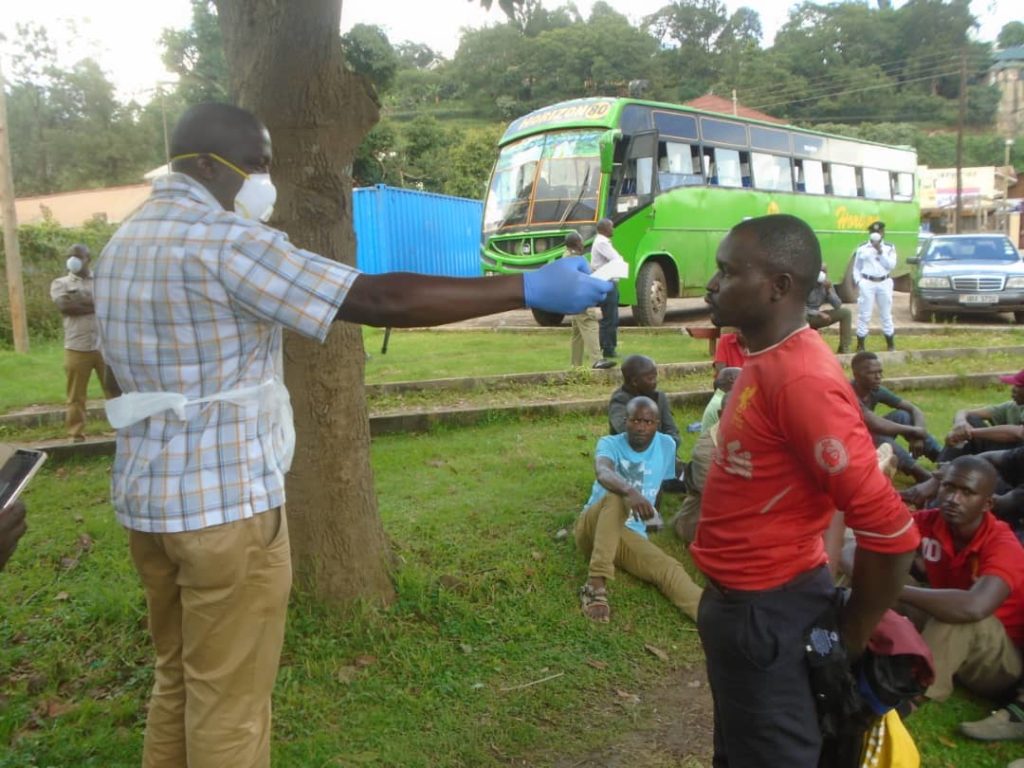 The Police in Kabale are holding 47 people who were intercepted while travelling from Kampala heading to Kisoro using Horizon bus registration number UAM 896H, which was being driven by Pascal Kiiza, resident of Central cell/ward/division Kabale municipality.

According to sources, the bus was found at Horizon parking yard within Kabale Township, when it was just arriving and was intending to proceed to Kisoro district, which was its last destination.

The arrested, who were in total disregard of the President Yoweri Museveni’s directive to avoid public transport means as a way of mitigating the prevention and spread of Coronavirus, claim to have left Kampala on Monday at around 22:00 hours, and expected to have reached in time because the Presidential Directive found them already on board.

They said however that the bus got a break down in Ntungamo on Tuesday morning at around 06:00 hours and hence they could not proceed to their destination.

Among the arrested passengers 24 were Ugandans and 23 were nationals of the Democratic Republic of Congo who were casual labourers in Buganda region and they are facing charges of defying the Presidential Directives on COVID-19 vide case file number  SD 45/26/03/2020 of Kabale Central Police Station.