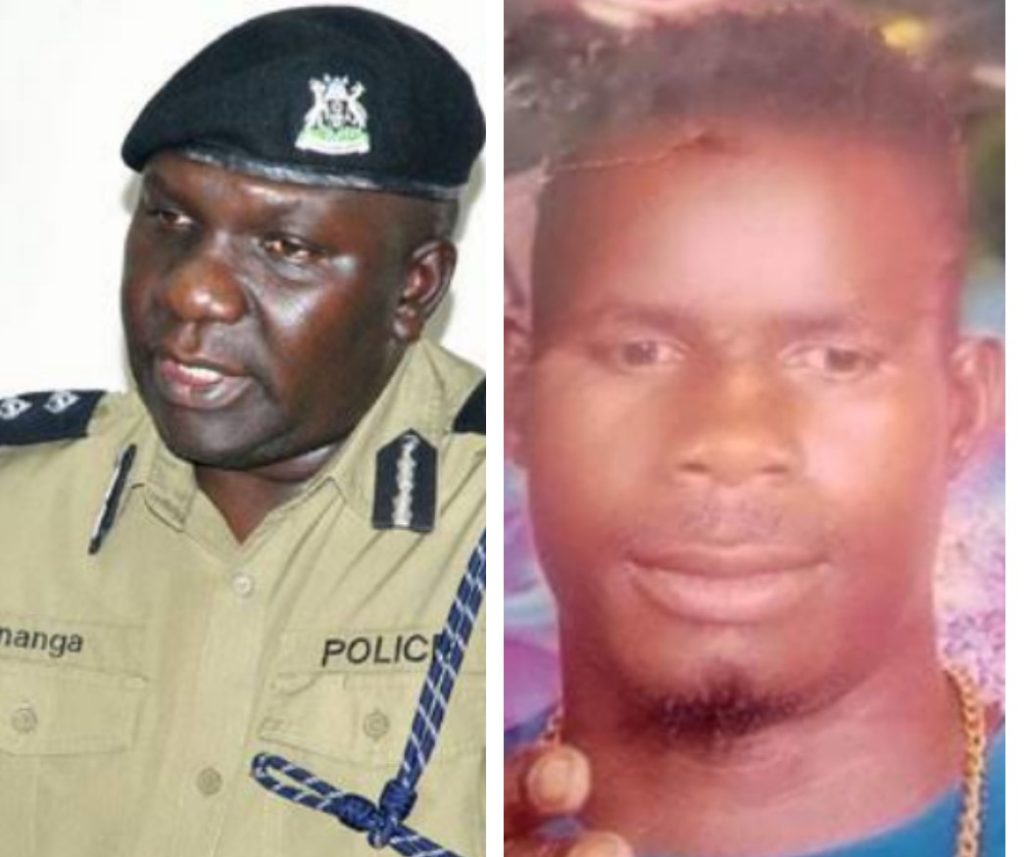 The Uganda police have apologized for mistakenly shooting a local musician identified as Calvin Mutegesi aka Soda Man dead in Nakasongola, as they hunted for panga-wielding goon who killed four people in Nakasongola district on Thursday.

The apology was contained in a statement issued by deputy police spokesperson Fred Enanga, whose stated thus;”The Security Agencies in Nakasongola have increasingly intensified their search efforts to find an attacker, wanted in an apparent killing spree of four people, in Wabigalo Village, Wabigalo Parish, and Wabinyonyi Sub-County in Nakasongora District.  The victims include two male juveniles, one female adult and an elderly man, whose heads were all chopped off, during the grisly murders.

The terrifying chain of events began, on the 5.12.2019, at around 2pm, after, the yet to be identified assailant, attacked a one Meshach Mawanda, a 10 year old , male juvenile at Wabigalo village, and chopped of his head to death. He was attacked while following his mother at a nearby charcoal burning site.

At around 2.50pm while at the scene, the police received information about a second incident of murder by hacking, of Sekanza Amos, a 7 year old male juvenile, which occurred at Kyalubambula Village, Kyankonwa Parish, Kakooge, Sub County, in Nakasongola District. The victim who was in the company of his mother was grabbed by the attacker, who chopped off his head with a panga.

The terrified mother fled during the attack.  She eventually described the attacker as a “male adult in mid twenties, dark skinned, medium size and height, with a haircut, and was putting on a sleeveless t-shirt with a design in the centre and a black trouser.”

We do strongly condemn the brutal and senseless act of killing innocent citizens.   Their bodies were transferred to Nakasongola Health Centre IV, for further postmortem and burial arrangements are underway.  Our hearts go out to all families impacted by the senseless act.

We meanwhile, regret the death of Mutegesi Calvin, a 29 year old, male adult, and resident of Nakasongola, after he was caught by stray bullets, during the operation.  He was rushed to Nakasongola Military Hospital but succumbed to the injuries.  We are investigating the incident and also reached out to the family of the deceased.

The hunt for the suspect has now entered day three and still ongoing.  At this stage, the motive of the random act is not yet established.

And we would like to caution the public within Wabigalo and Kyankonwa parish, in Nakasongola district, that the panga-wielding suspect, has not been identified yet and is considered dangerous.  We believe he should still be hiding within the area.