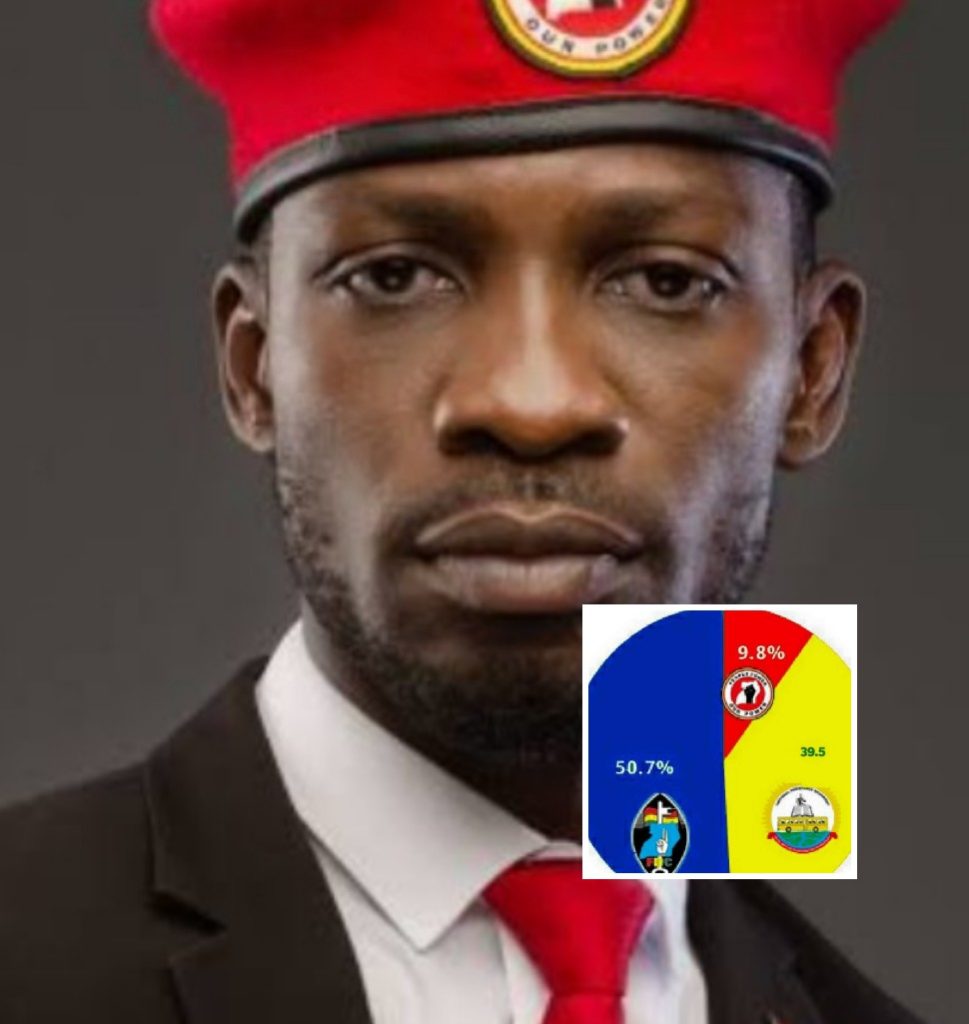 Several People Power pressure group supporters have trashed a new Opinion Poll which portrays the Forum for Democratic Change (FDC) party as the most popular among Ugandans, followed by the National Resistance Movement (NRM).

According to the Opinion Poll which was compiled by political analysts in Uganda, FDC currently leads with  50.7%, NRM follows with 39.5%,  and Bobi Wine’s People Power pressure group comes last with 9.8%.

However,  numerous People Power supporters  who have seen and read this opinion poll which has since gone viral have lambasted those vending it, with many of them trashing it as propaganda from the FDC-NRM junta.

Wamboga Denis Paul said, “You can take over power since you are in the lead”

Namagala Roseline said, “We want things on table not ur wishes wait 2021 u will have to cry n check urselves.

Tumwine Collins said, “Is this Uganda waragi or something related .”