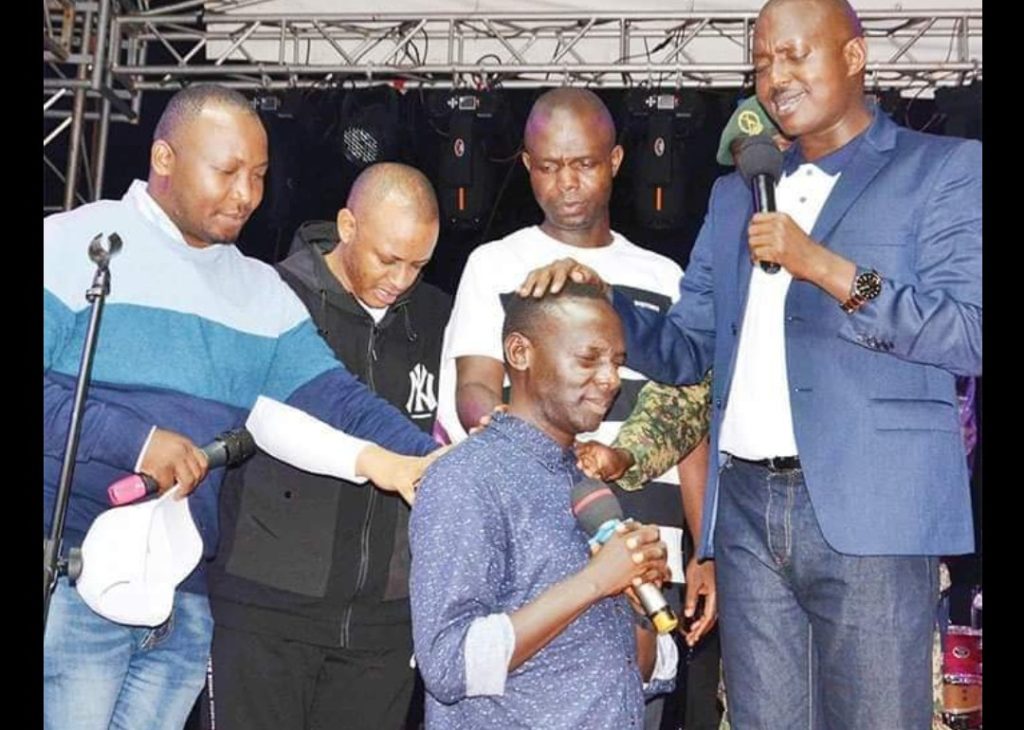 The two pastors reunited during a morning service at Bugembe’s church in Nansana on Saturday.

The two have been enemies for quite some time but seemingly the holy spirit touched their souls to dilute down their aimless enmity.

The big crowd of  ‘sheep’ that attended the service shouted with massive happiness as they saw the two reunite once again.

During the  reunion, both Bugingo and Bugembe prayed to God to end the fighting among all pastors and men of God.

Bugingo and Bugembe fell out after a long period of warring over superiority in the field of divine service.