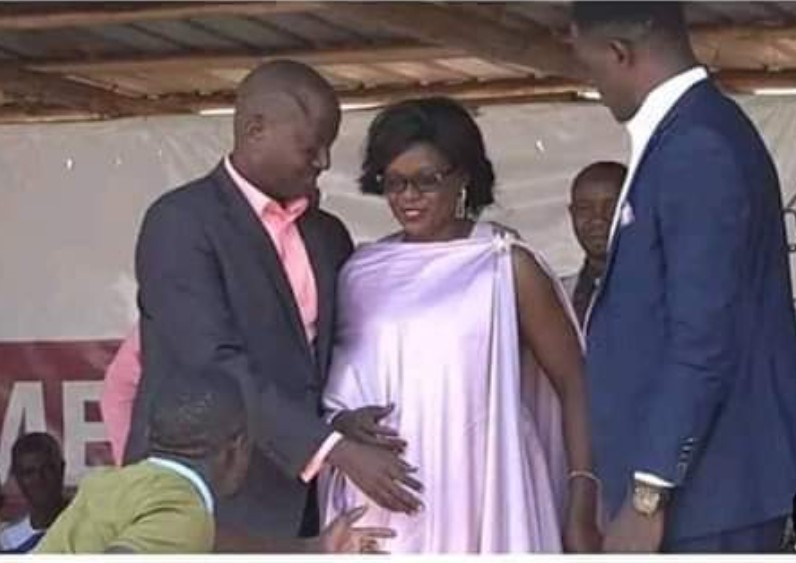 Popular city pastor Aloysius Bugingo and his side dish Suzan Nantaba Makula have been enjoying live bonking marathons for several months and as you read this,  she is already expecting.

Pastor Bugingo paraded his heavily pregnant mistress during a prayer service on Friday at his House of Prayer Ministries Church in Makerere, Kavule.

Bugingo hooked Makula after falling out with his wife Teddy Naluswa, with whom he he currently involved in a multibillion property wrangle.

Although Bugingo was introduced by Makula to her family last year, the two cannot wed officially because he is still legally married to Naluswa, who has since denied him divorce.

To add his voice to the discourse, Pastor Solomon Male of Arising for Christ ministries said there is no problem in Bugingo marrying another woman at this time.

“Bugingo was married in church. His marriage to Teddy is legal and any legal marriage can be ended by the courts of law if the parties involved no longer want to be in it. Bugingo initiated the divorce process in court. But if Teddy refused, then the court process won’t go forward,” Pastor Male said in an interview with Spark TV.

He added that what Bugingo did, what other pastors like Kiganda, did stands to show that legal marriage doesn’t hold water.