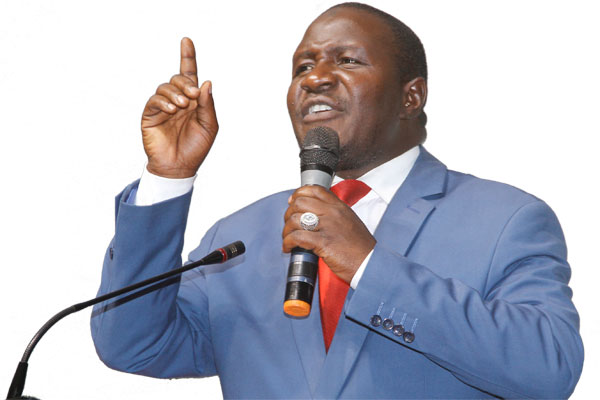 Opposition members of parliament has has fronted Bugiri Municipality MP Asuman Basalirwa in the speakership race. Basalirwa beat Erute County South MP, Jonathan Odur who polled 49 to 20 votes respectively. Basalirwa will tussle it out with the Anita Among from the ruling National Resistance Movement (NRM) who was declared yesterday by the Central Executive Committee (CEC), Among has been the deputy speaker of parliament.
Meanwhile forum for democratic change (FDC) and Kioga North MP Okot Bitek has been fronted as the opposition candidate for Deputy Speakership after Kampala Woman MP, Shamim Malende stepped down. The event will take place tomorrow 25th 03 2022 at the Kololo independence grounds as all members of parliament are expected to gather there to cast there votes.
According to Article 82 (4) of the 1995 Constitution of the Republic of Uganda that refrains Parliament from conducting any other business other than the election of the Speaker at any time that office is vacant.
The position of the Speaker fell vacant following the demise of the Speaker Jacob Oulanyah. Oulanyah died on 20th March 2022 in Seattle, USA where he was admitted in February this year. Oulanyah’s body is expected to be repatriated this week.