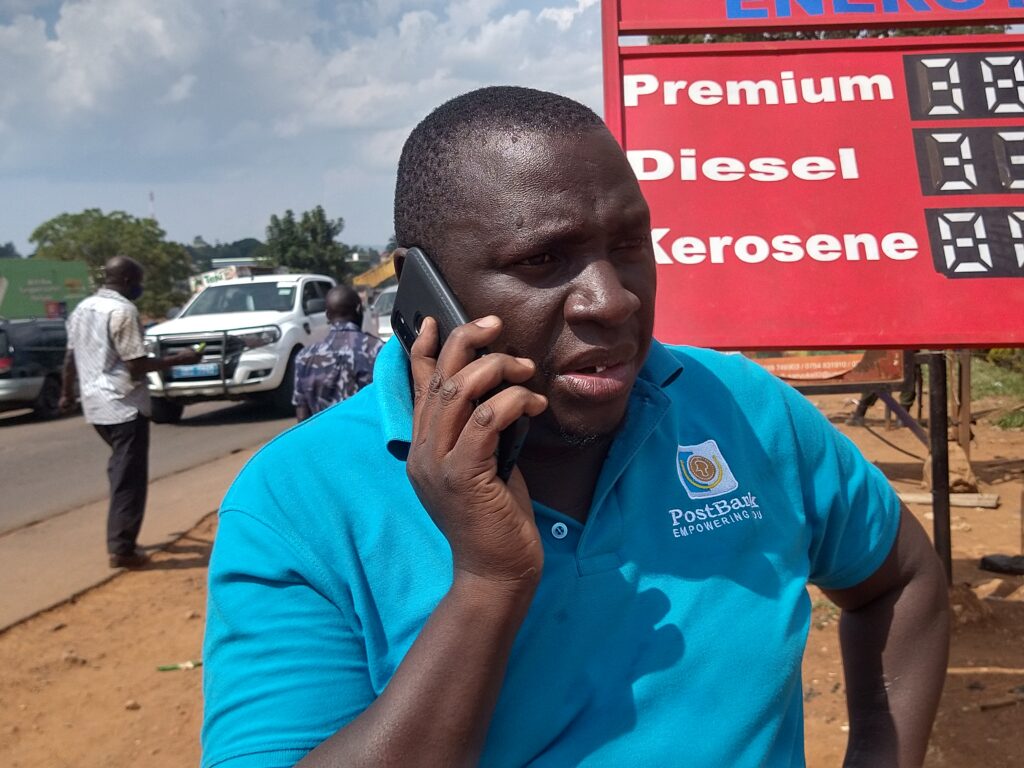 MUKONO, wantoni katosi junction has become a black spot after One bodaboda man died on the spot after a FUSO box body carrying maize cargo, lost control and rammed into a boda boda stage killing one instantly.

The incident occurred in the busy Wantoni trading center, Mukono municipality, along Jinja-Kampala road at 2pm.

The deceased has been identified as Mugalu Tom (25) aboda rider in Mukono town, registration number UDP 455U.

Among the survivors is Veteran journalist and former radio Simba sports journalist Ssegawa Stephen and currently is a Station Manager at 88.9 fm owned by Mukono diocese,

Ssegawa said that he had parked at a petrol station waiting for his phone from the phone clinic, but suddenly a heavy truck lost control in their direction and he ran out of his car and it was smashed.

“The vehicle rammed into a boda stage by the roadside. Fortunately most of the occupants were not around at the stage by the time of the accident many would have died because that attracts a number of boda riders;” said the eyewitness.

The Wantoni village chairperson Salongo Nyombi noted that the junction has turned into a death point due to its narrowness; many accidents have occurred in this area, he advised UNRA at least to set up a wide junction.

Police have confirmed the accident and attributed it to mechanical breakdown of the cargo truck.

The body of the deceased has been taken to Mulago hospital for postmortem.