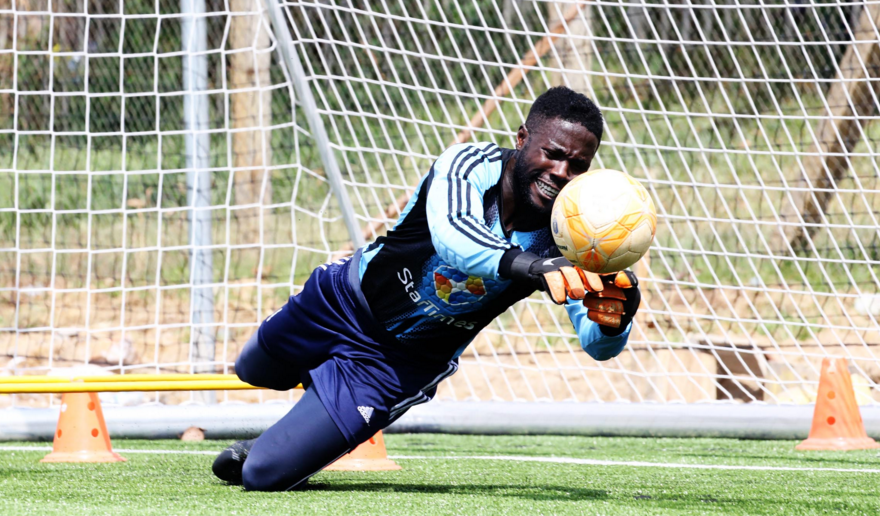 AFC Leopards goalkeeper Benjamin Ochan has extended his stay at the club for a year.

The Uganda shot-stopper joined Ingwe in July 2019, signing an initial one year contract. The contract expired a couple of months ago and the two parties struggled to reach an agreement owing to financial constraints experienced by the club.

However, Betsafe came on board and management were able to convince the custodian to extend his deal.

“It is a theme of joy for us because finally the agreement has been reached and Ochan will be with us for another season,” an official from Leopards confirmed to Goal on Sunday.

“[Ochan] has been a key player for us, and we all know how he has managed to stabilize our defence. He is key for our ambitions to challenge for the 2020/21 Kenyan Premier League (KPL) season.”

When reached for comment, the club’s chairman Dan Shikanda stated Ingwe will be making an official statement on the issue as well as on the new signings.

“We will be releasing a statement soon, an official statement from the club on Ochan and other players as well,” the former striker told reporters.

“It will be done either on [Monday] or so, but until then I cannot comment on the issue.”

The administrator had initially hinted to Goal that the team is working behind closed doors and the fans will soon be informed who has been brought on board.

‘The club are not happy’ – Leonardo takes swipe at

“Our fans should not panic at all, they should not be affected by our silence in terms of the new signings, we have already talked to our targets and we will unveil them soon,” Shikanda said.

“Just a few months ago, the same fans were saying we will bare-chested because we did not have jerseys for the new season, but we have unveiled them and now they have gone silent, we are doing our job silently, I don’t want them to panic, let them be assured we will have a good team, better than what we had in the previous seasons.”

Ingwe have already been linked with a number of new signings, among them Peter Thion’go from Kakamega Homeboyz and Harrison Mwendwa from Kariobangi Sharks.