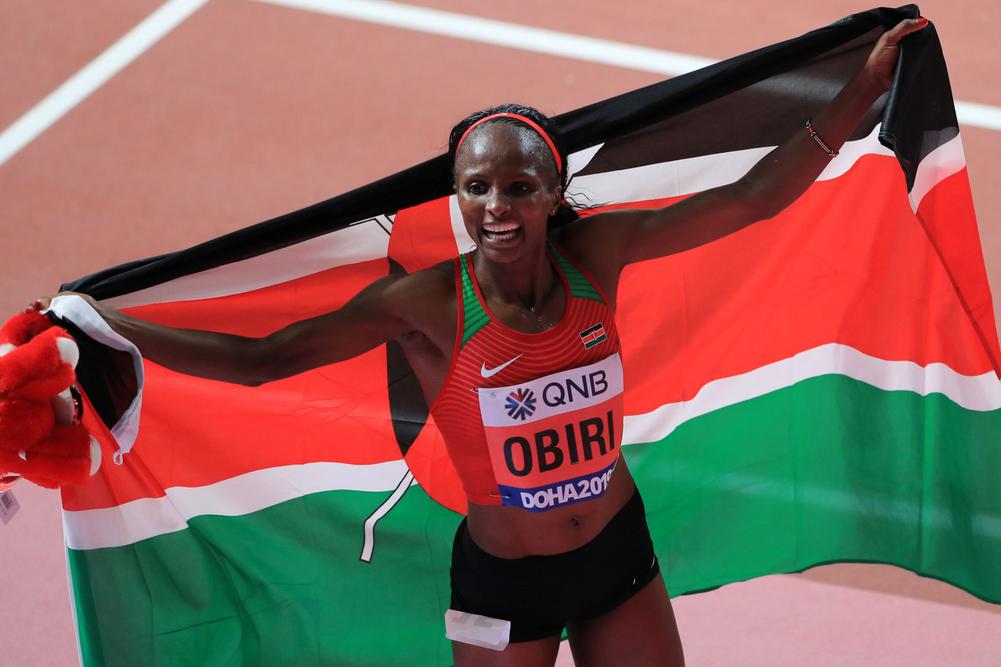 With eight laps to go Obiri stepped up the pace and McColgan dropped back — Ethiopia’s Teshay Gemechu on her shoulder and Klosterhalfen third.

They were part of a six runner group who, with six laps to the finish, had dropped the rest of the field.

Gemechu dropped away to the back of the sextet leaving Klosterhalfen in second spot followed by two Kenyans.

The six stuck together as the race approached the business end of the event.

As they heard the bell it was the German against three Kenyans.

Obiri went for broke and upped the pace but Klosterhalfen stuck to her task and for a moment threatened to spring a shock.

However, Obiri had more than enough in the locker to stretch her lead rounding the curve and it was Kipkemboi who finished the strongest passing Klosterhalfen in the straight.