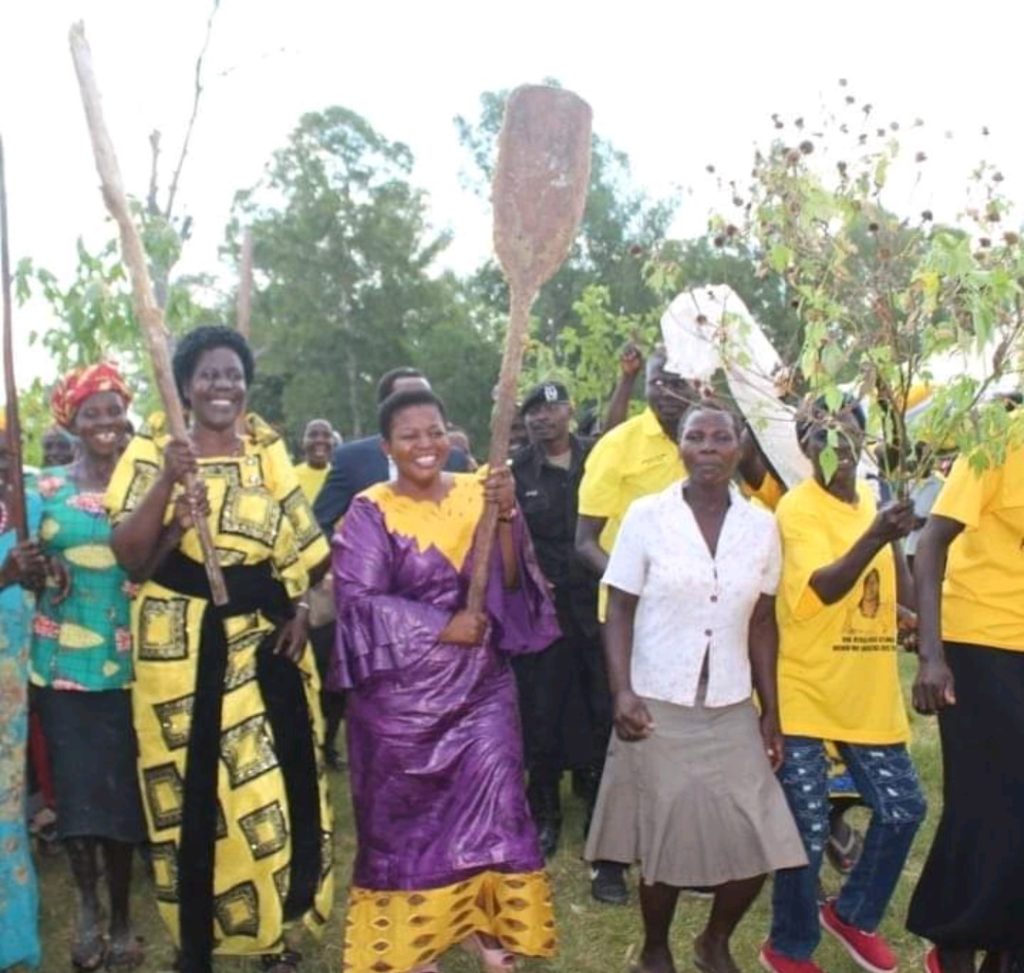 The Secretary General of the National Resistance Resistance Justine Kasule Lumumba has urged voters to ensure that they hold their leaders accountable for whatever they do and the government funds entrusted to them.

Lumumba made the remarks in Maracha district on Friday,  where she told voters to make their leaders account for what they promised when they were asking for votes, in order to ensure proper service delivery in their areas.

She said that “Ensure that you hold these leaders accountable, because if you don’t hold them accountable they will not deliver to your satisfaction. It’s within the mandate of these leaders to serve you.”

Lumumba made the call while addressing over 1000 Maracha district party leaders at Yivu Sub-county Headquarters in Maracha East Constituency. She said that effective service delivery is the key to consolidating the Party’s massive grassroots support among the Population in the area.

She noted that;  “I  spent  my  Friday  in  Avuya  Sub-county  in  Maracha  District  where  I  had  gone  to preside  over  a  one  day  NRM  District  conference  dubbed  “To  consolidate  the achievements  of  the  party  and  promoting  harmony  within  the  party  structures” which  was  organized  by  the  District  NRM  leadership  with  the  support  the  district woman  MP and attended  by  various  members  of  the  Party  Structures.
I thank the 1000  plus attendees that graced the conference with their presence and the nice gentlemen who rode us of their boda bodas to the District  RDC’s office in Maracha  Town Council but not forgetting everyone that contributed one way or the other in making the conference proceed without any incidences.

The SG was accompanied by the party Deputy National Treasurer Dr Kenneth Olusegun Omona among others NRM stalwarts.