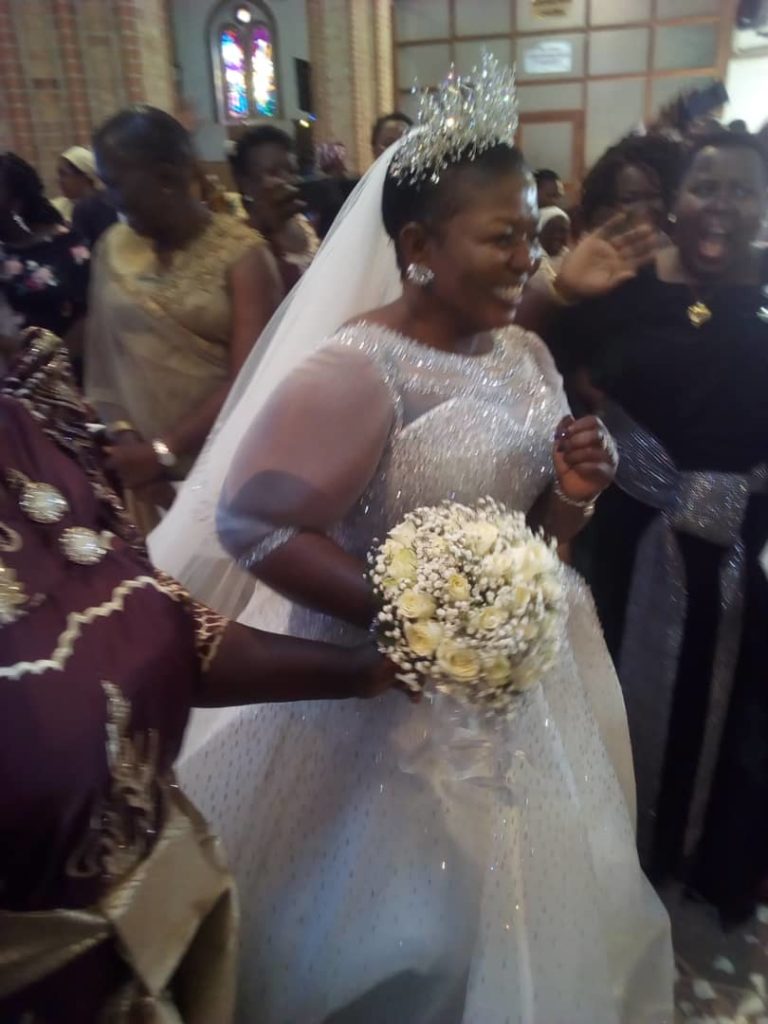 Justine and Patrick Lumumba opened a new chapter in their love life by renewing vows they several years back, until death parts them.

The couple renewed their vows at Rubaga Cathedral, where they walked down isle at a magnificent, low-key  but magnificent ceremony, which attracted bigwigs from both the ruling NRM party and opposition Forum for Democratic (FDC) party, whose chairperson Eastern region Salamu Musumba attended.

Lumumba came out as a perfect bride in a bejewelled white gown accentuating it with a tiara and a long veil.

Her husband wore an ash grey suit, matched with a silver bowtie to match the embellishments in his wife’s dress.