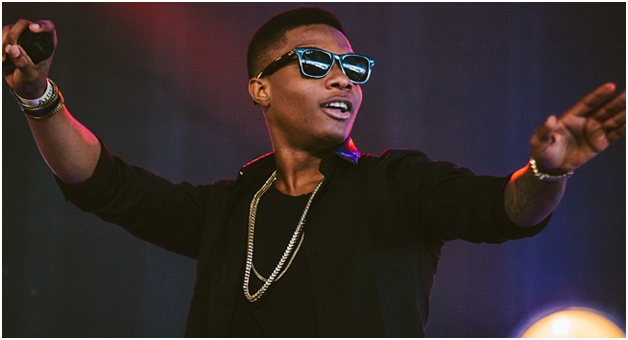 December is known as a month for partying from the first day of the month to the last.

The Nigerian born singer Ayodeji Ibrahim Balogun real names Wizkid will be live in concert in Kampala on December 5th in a show presented by Pepsi at Kololo Airstrip.

It is also said that the Nigerian young star will also grace Alex Muhangi’s comedy store that always on Thursdays.

Muhangi is known for brining in big international names in both music and comedy. The likes of Klint Da drunk and Basket mouth from Nigeria, Eric Omondi and Jaguar from Kenya, Diamond Platnumz from Tanzania are some of the artists enjoyed by Ugandans this year alone.

Wizkid has been on tour around the world and has performed in countries like Australia, London, Portugal, France and recently Tanzania at Diamond Platinumz Wasafi Festival.

According to the organizers of the show, the Wizkid Live in Kampala Concert will also have performances from Ugandan artistes like Bebe Cool and B2C.

“Wizkid is set to jet into the country a day before his concert and he will be live on stage on December 5th” the organizers confirmed. Wizkid further confirmed the news when he said it was meant to be a surprise but he couldn’t hold it in any longer.

“I can’t wait to come to Uganda, It’s one of my favourite countries in the world and always shows me so much love. I can’t wait to turn up with my beautiful fans on December 5th” Wizkid said. He went on say, “I am excited to give my fans an amazing surprise concert. It’s going to be epic” he concluded.

The show will see tickets purchased both online on mookh.com and physically at any Funz Video outlets. They will go for 30k ordinary and, 80k for VIP.