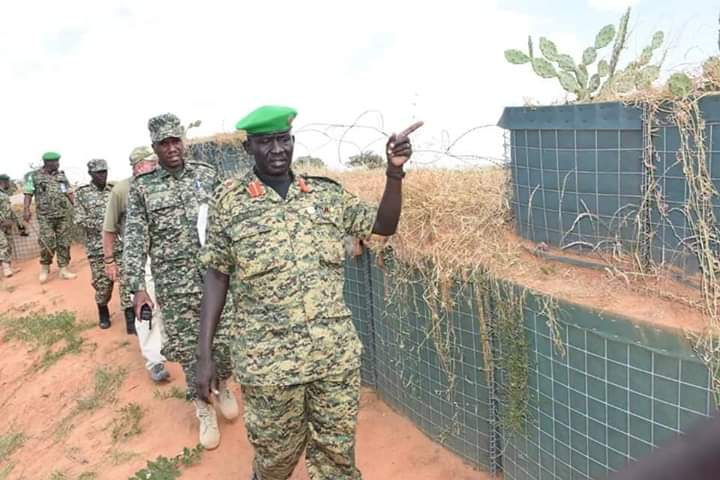 The sector commander was visiting the FOBs for the first time since his take over of Sector One command and control on the 19th December 2019.

Brig. Otto was briefed on the general security situations by the frontline commanders and later inspected troop alertness in each respective FOB defence.

“I encourage you to be close to the Somalis. Support, mentor and train them so that they can be able to take over their country.” Brig Otto said.

The General reminded officers that they are in Somalia as Pan Africanists and encouraged them to cooperate.
He also encouraged commanders to be close to the Somalis and mentor them to gain capacity to take charge of their country’s security.