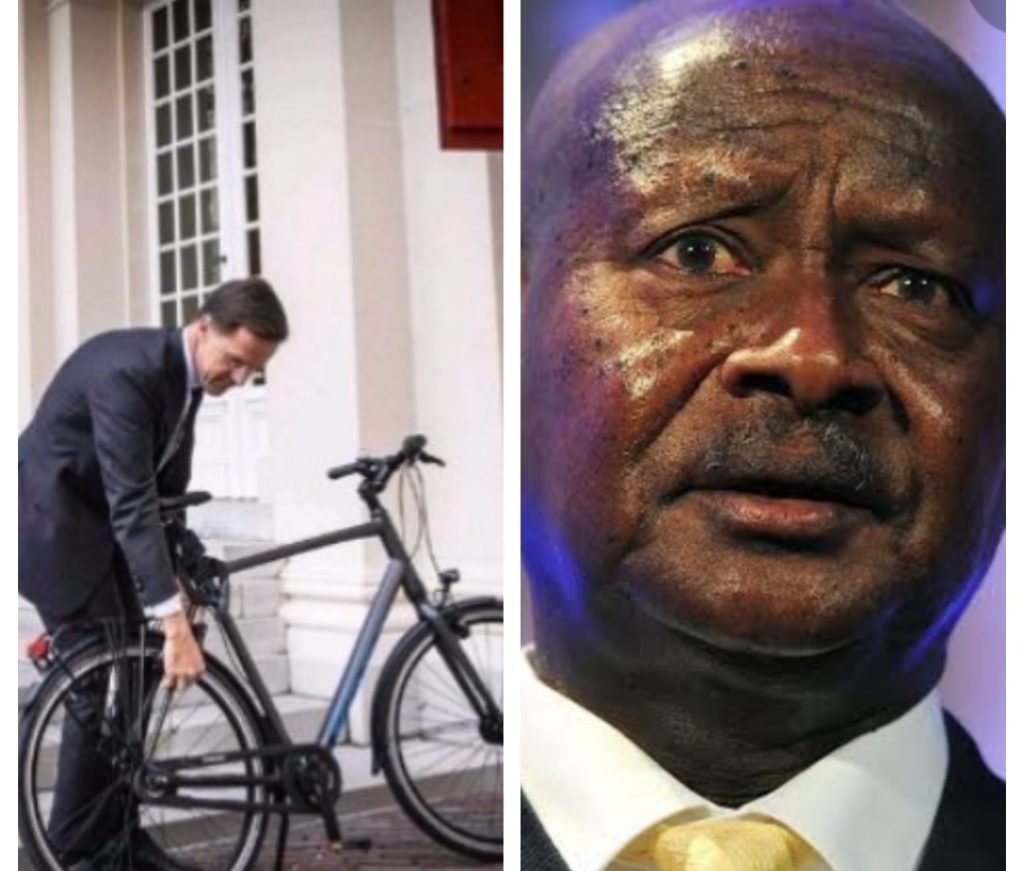 Whereas Ugandan president Yoweri Museveni and other government officials travel in long convoys, the Prime Minister of Netherlands this week stunned hundreds of people by riding his bicycle to meet the King, as way of doing exercises.

Shortly after being snapped, a photo of cycling Netherlands Prime Minister Mark Rutte riding to the Royal Palace has since gone viral on the Internet – and for  good reasons.

Mark Rutte, who has led Netherlands since 2010, rode on his bicycle to the palace of the King of Netherlands for a meeting.

A photo showed him locking his bicycle upon arrival at the palace with palace guards manning the entrance already adorned with red carpet.

Netherlands, a country of over 17 million, is said to have more bicycles than persons.
The Bicycle, which is one of the most healthy and eco-friendly modes of transportation, has been popular amongst the Dutch for decades.

Rutte’s frequent use of bicycles rather than the clichéd bulletproof automobiles is popular amongst political officeholders underscores a lifestyle of humility even in a country that is ranked amongst the wealthiest in the world, unlike most African countries where taxpayers bear the brunt of fueling and servicing the long convoys of their leaders.