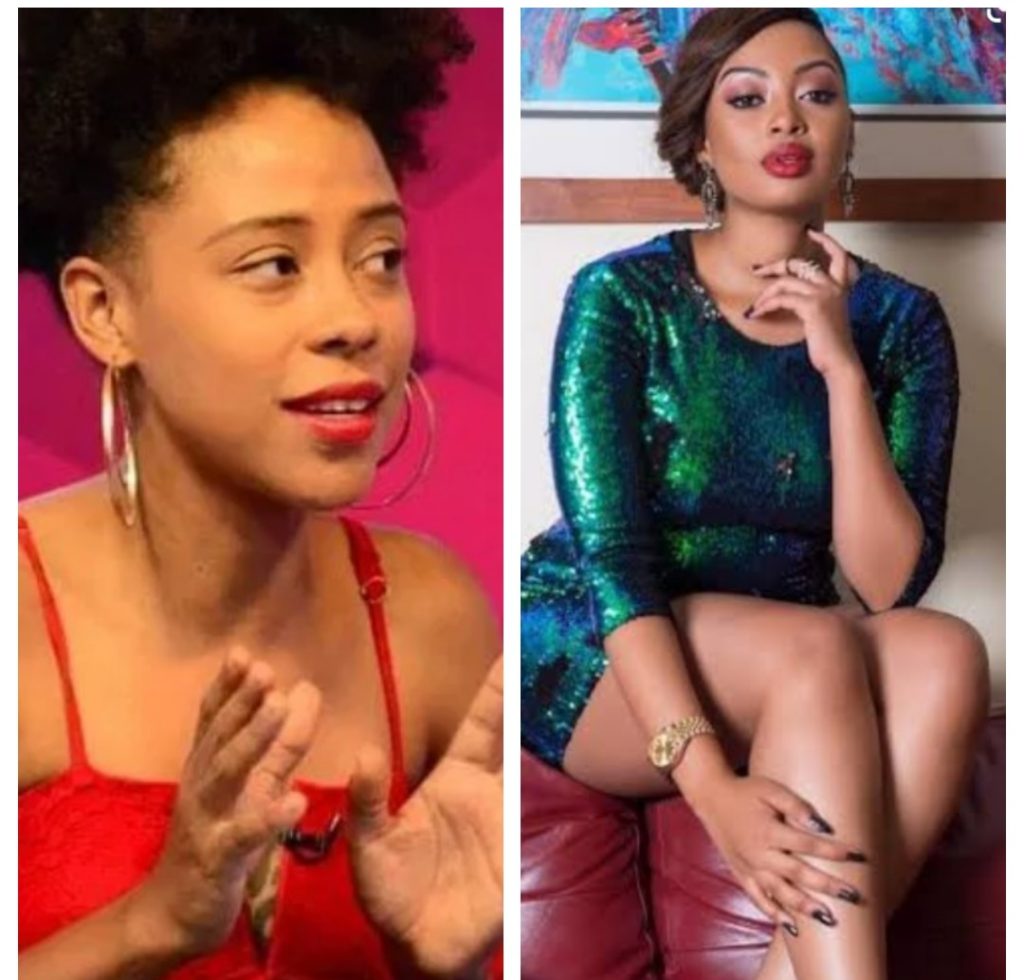 Sexy socialite Anita Kyarimpa aka Fabiola is no more at NBS TV, after management decided to axe her and hire former Urban TV presenter Shea Saltofte.

Our Moles reveal that Fabiola was shown the exit by Next Media Group management after she absconded from duty for several weeks, without showing due cause.

Prior to being shown the exit, Fabiola used to co-host a show dubbed ‘ Katchup’ every Friday night with Douglas Lwanga and MC Kat’s.

However, Fabiola abandoned her duty station by opting to indulge in endless partying sprees in USA, Nigeria and other countries.

She later summed up her marry making with a private engagement ceremony to her current lover identified as Frank Mubiru who has since subjected her to endless bonking marathons to the extent that she no longer has time for her TV job.

We have since learnt that stylish and soupy Sheila is coming in as a direct replacement for Fabiola who has been co-hosting the weekly live show Katch up along side Douglas Lwanga and Mc Isaac.

Sheila has been working with Magic TV since 2017 but before getting her job at the government owned station, the beautiful media personality had been trading her services with Urban Television.

It is said that management at NBS deemed it necessary to replace Fabiola as she couldn’t properly balance her time between working for the BBC, fulfilling her engagements with NBS TV and enjoying bonking marathons.

Meanwhile, it is said that following their numerous live bonking marathons, Mubiru ballooned Fabiola and she is currently expecting their first bundle of joy, the more reason why NBS TV management decided to take her off the screen, because she will not be in position to duly and fully undertake her duties because of her situation.