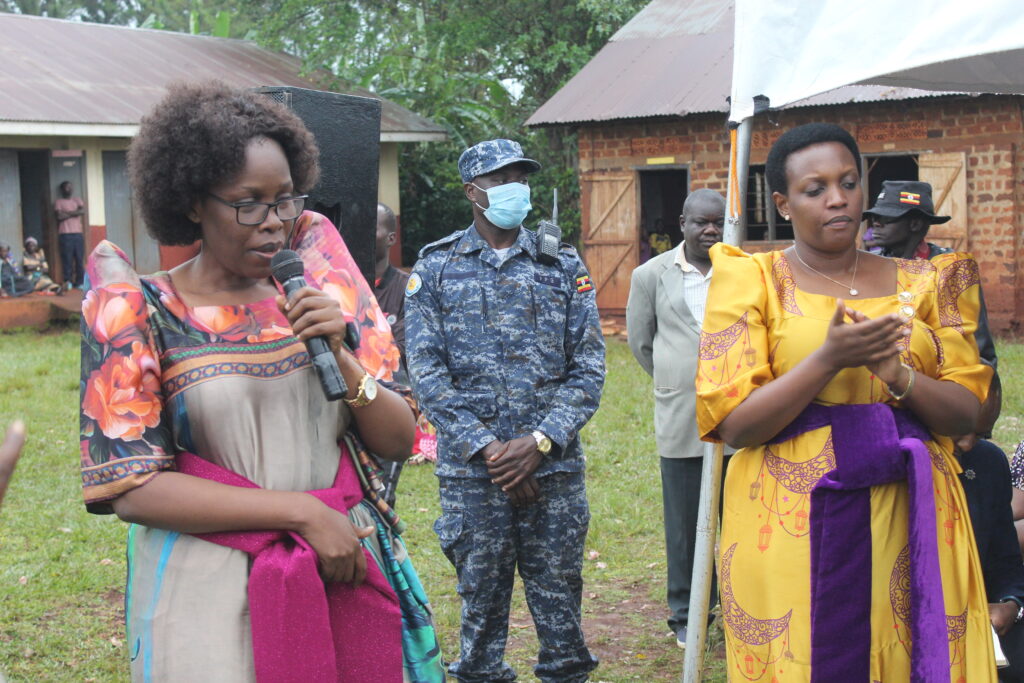 It was moments of joy and happiness as residents of Nakalanga village in Njeru municipality were told to go back to their bibanja which were forcefully taken by their landlords Nyende John and Nkuutu John.
The resisdents through their member of parliament Diana mutasingwa petitioned the Lands and Housing Minister Judith Nabakooba challenging their landlords decision of chopping their bibanja.
Minister Nabakoba ordered the 30 bibanja tenants at Nakalanga village in Njeru municipality to return to their bibanja which they were being expropriated amid threats of eviction if they do not sign the agreement.
The residents, who gathered at Nakalanga UMEA School in Wakisi, endured the heavy rain while waiting for Minister Nabakooba to help them resolve their issues. After crying out to him for help.
The landowners told the minister how land owner John Nkuutu cut off their land in collaboration with the village chairman amidst intimidation and now they have nowhere to grow their food and he does not give them land titles.
“Hon minister some of us signed the agreement against our will because we were threatened by the area local council 1 chairperson that we may lose all our bibanja we don’t agree with the landlord.”
Njeru municipality mayor Kyazze Yasin complained to the minister that such land scams were coming from the office of the Resident district Representative (RDC) in Buikwe Hawa Ndege as she gives orders of land surveying and convenes meetings without the knowledge of the lower level leaders.
Buikwe MP Diana Mutasingwa has assured the people of Buikwe that she will not allow land Grabbers to roam Buikwe while she is still the leader.
”As long as am still a minister and a member of parliament of this District, I will not entertain land grabbers, how can a single person own 600 acres of land, where do they get from!!? asked Mutasingwa.
Minister Nabakooba ordered the cancellation of the contracts and warned the owners to immediately stop forcing people to buy and cut off their bibanja interests against their will but let them pay the annual Busuulu because it is affordable.
“Wahatever you did without the will of these people is null therefore I order you to let these people use their bibanja leave them to pay Busuulu” Nabakooba ordered.
She also promised to report the issue of the Hawa Ndege to minister in charge of presidency Milly Babalanda handle the matter.
The land, located at Block no 77, plot 30, allegedly belonged to the late Zirabamuzaale Yekoyani but he later sold it to James Nyende and covers an area of 552 acres.