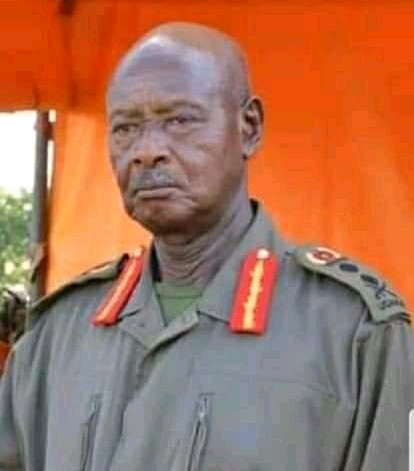 President Yoweri Museveni on Monday came out to respond to a claim that he was not in good health.

According to Museveni, a social media user said that the President appeared to look fatigued in one of his pictures.

“One of the contributors thought that I looked tired. I am not tired at all. I have, however, deliberately lost weight by shedding off that fat that I had allowed to accumulate on my body frame because the doctors had not explained to us clearly the mistake of not fighting fat,” Museveni said on a blog in response to social media comments on his recent messages.

The president went on to state how he trimmed down to attain a healthy weight and, by extension, the right body mass index (BMI).

“In future, I will explain to you this awareness. I have moved from 106 kgs to now 76kgs. I will stabilize my weight at 76kgs because that is the one that matches with my height of 5.7 feet,” Museveni added.

Museveni also indicated that he would talk about an anti-obesity campaign at a future date.

In 2017, Museveni took to Twitter to tell Ugandans that he had lived a long life and it was unheard of that he fell ill or was taken to hospital because he does not drink alcohol.

In May this year, Museveni told a gathering that one of the reasons that he does not have any disease is because and he doesn’t worry too much.

“I don’t have blood pressure, I don’t have diabetes, I don’t have all those diseases which you normally come across. One of the reasons is that I don’t worry too much. Even the Bible says you should not worry. It says even when you worry; you are not going to add an inch on the length of your hair. So don’t worry, don’t get worried.”

Museveni, 75, has been president of Uganda since 1986. The head of state is well known for being an active farmer and regularly posts updates on his social media accounts about his farms and animals.