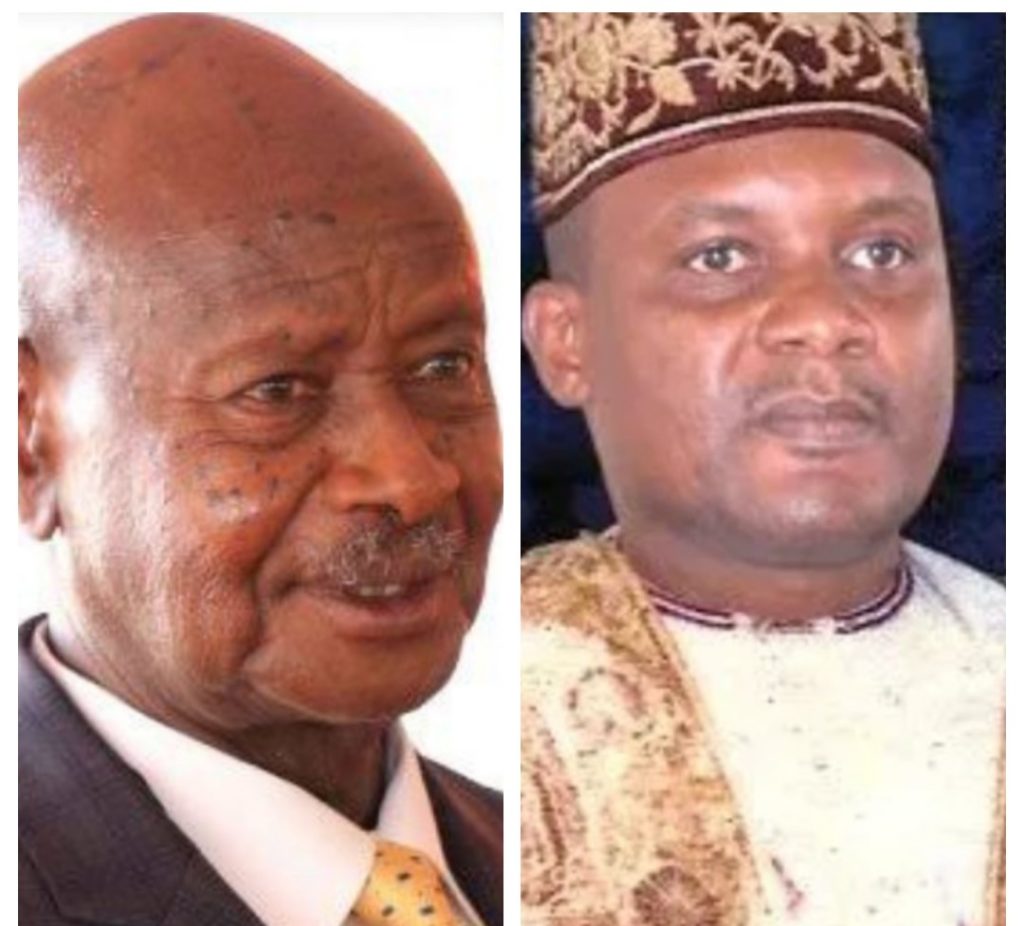 By Keefa Nuwahereza
The President Of Uganda Yoweri Kaguta Museveni is the modern day Messiah for Tooro head Prince David Kijanangoma, after rescuing him from brokenness.

Elite News has learnt that Museveni recently wrote a letter to the State House Comptroller Lucy Nakyobe, directing her to find a job for Kijanangoma or give him money to buy land and build a house, after he ended  his war with Tooro king Omukama Oyo Nyimba.

I am happy you stopped fighting King Oyo Nyimba.By copy of this letter I direct the Minister of Foreign Affairs to give you a job in the Foreign  Service, if you have qualifications. If not, I should be advised such that I support you to buy land and you start farming.”

The President adds that ” By copy of this letter I also direct the State House  Comptroller Lucy Nakyobe to get you a rented house for a year and to settle your old debts. She should give you an allowance of Shs4M per month until you get a job or go into farming.”

It should be noted that Kijanangoma was a few years ago involved in a bitter fight for the Tooro Kingdom throne with Omukama Oyo.Kijanangoma, who is the self-claimed Prince of Tooro kingdom, argued that Oyo is not the rightful king and should thus relinquish the throne.

Matters between them escalated until President Museveni had to intervene in the matter before blood was shed.

Ever since Museveni’s intervention, Kijanangoma, who had support from a big number of Batooro, withdrew his forces and stopped the battle to overthrow Omukama Oyo.

It’s no wonder that he has since landed in things and hence kisses Poverty Goodbye!