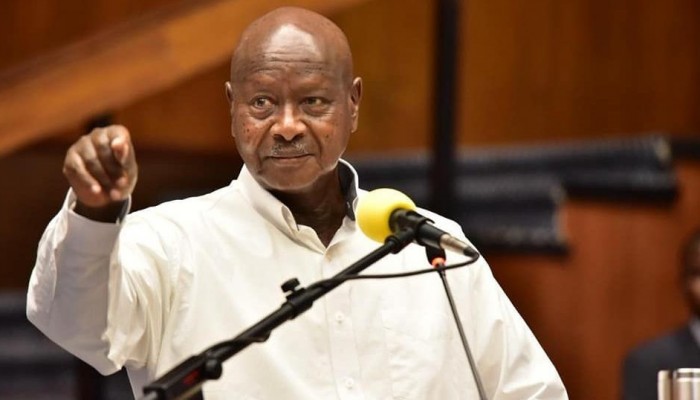 President Museveni directed the Ministry of Finance to release at least Shs630 billion to facilitate salary enhancements for all UPDF soldiers as well as cater for terminal benefits for several retiring generals.

At least 34 general officers are set to retire from active service of the Ugandan army in the forthcoming batch of retirees.

However, following the High Command and Army Council meetings on Tuesday and Wednesday last week, the president who is also the commander in chief of the armed forces directed that the Finance Ministry to look for money to cater for the retirements of generals including Gen David Ssejusa, Gen Elly Tumwine , the female officer Lt Gen Proscovia among others.

According to media reports, Museveni said that it is high time the generals who have for quite long served the nation get a befitting send off.

It is said the president argued that there were almost no resources when these NRA generals took power in 1986, hence most of them have survived all this time on peanuts and patriotism.

“They are very few really, and they have served the country all this time. Why don’t we send them off well,” Museveni is quoted to have said.

The meetings chaired by Museveni last week also agreed to enhance the salaries of the senior officers by 100 percent that will see generals get at least Shs15m while a Brigadier will catapult to Shs10m.

It was also agreed that enhancements for UPDF generals be considered first since they are not many in number, considered to the lower ranks.

In a statement released on Tuesday, the UPDF spokesperson, Brig Felix Kulayigye confirmed the development, adding that it would require shs630 billion to effect the same.

Brig Kulayigye said a technical team led by Ministry of Defence Permanent Secretary and comprising personnel from the same ministry and Ministry of Public Service presented a number of salary enhancement options that had been proposed to the Ministry of Finance.

“The meeting agreed with the team recommendation of 100% enhancement for general officers because they are few, they have served for long and many of them are set to retire this financial year 2022/23,”the defence spokesperson said in the statement.

The UPDF spokesperson said at least shs630 billion would be required to fully effect the salary enhancements as well as cater for terminal benefits for retiring generals.

“This would require an additional annual amount of shs 517.9 billion for wages, shs116.8billion for terminal benefits, ultimately translating into a total additional annual requirement of shs 634.8 billion . The enhancement according to the Secretary to the Treasury and Permanent Secretary in the Ministry of Finance would be effected starting in the financial year 2023/24 because the budget for financial year 2022/23 had already been passed and the item had not been catered for,” Brig Kulayigye said.

The UPDF spokesperson explained that the retirement of officers below the rank of Captain has been halted until their enhancement is affected next financial year(2023/24).

“If on the other hand funds to retire the selected category is not available this financial year, the whole retirement exercise will be rescheduled to next financial year.”