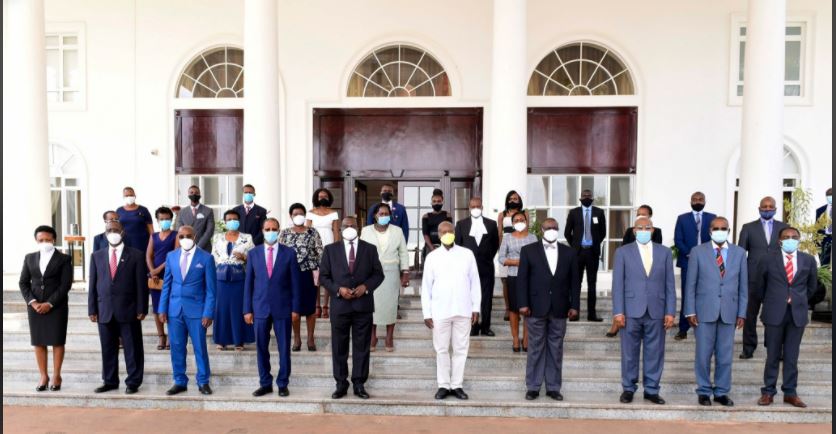 President Yoweri Museveni has reiterated his directive to judges to stop giving bail to people accused of murder, rape, defilement and other heinous offences.

The President made these remarks during the swearing in of new Chief Justice Alphonse Owiny Dollo and his deputy Justice Richard Butera, at State House, Entebbe on Tuesday.

Shortly after the function, Museveni wrote thus on social media;

My advice is that there should be prioritisation in payment of judges. When we came from the Bush, I was earning Shs150,000 but okayed payment of Shs3.2 million to judges.

Our philosophy was that even if we had little food, the one on duty would be the one to eat so that they manage to do their part. We remunerated the judges well so that they could serve justice to Ugandans.

Secondly is the concept of justice. The public does not understand the idea of Police bond. It is dangerous for the credibility of the judicial system.

Bail is also another danger for crimes like murder, rape, defilement and others. Even though there is pressure of too much work, I advise the Judiciary to prioritise these serious offences and dispose them.

I congratulate His Lordship Alphonse Owinyi- Dollo. We have worked together for a long time. Justice Butera was also at Dar-es-Salaam University when we were there in our own military endeavours. I congratulate him too.”