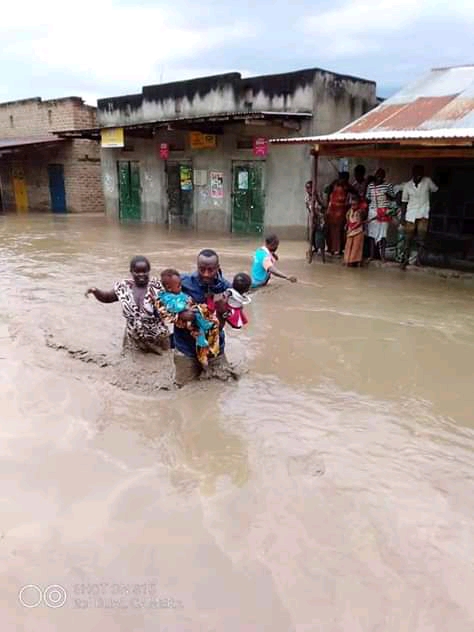 There is severe tension in Bundibugyo district after mudslides ravaged several parts of the district, following heavy rains that ravaged the mountainous Rwenzori subregion and so far 11 people have been confirmed to have died.

According to the Red Cross eleven people have been swept to their deaths by floods in Bundibugyo district although the death toll is expected to rise, because several people are still missing.

However, rescuers are doing everything possible to look for survivors although hopes of finding any people alive are dwindling, because of the endless rains still falling in various parts of the district.

Uganda Red Cross on Saturday said their search and rescue team was working with the military to rescue stranded people as rains continued to pound different parts of the district.

Red Cross teams were still working with the Military police to manage the situation by the time our Spy reported this story.

Richard Gafabusa, the Member of Parliament for Bwamba County, in Bundibugyo District, said that “I had contacted the State Minister for Disaster Preparedness and Relief, Mr. Musa Ecweru about the disastrous situation in the district but he said he is currently in Elgon region, which was also hit by mudslides.”

By the time of filing this story efforts were still underway to hunt for any survivors who might have been trapped in or washed away by the mudslides.