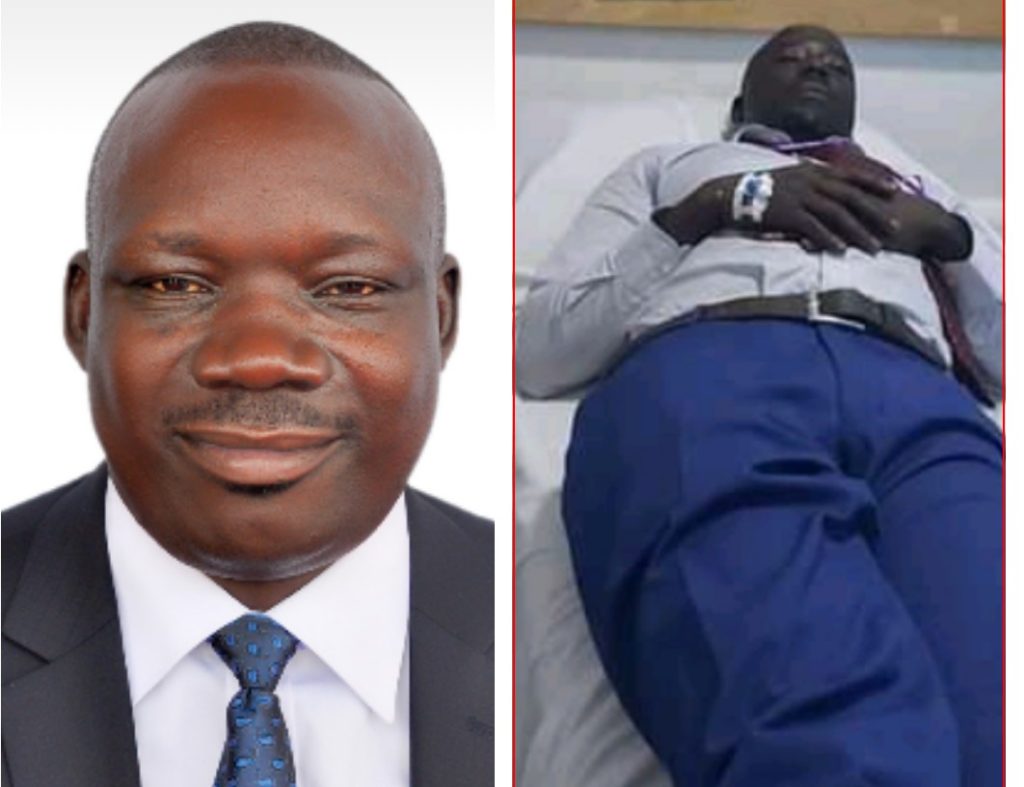 It is said the two legislators engaged in a tough fist fight that left Otto so severely clobbered that he had to be rushed to a nearby  clinic for medical attention.

The two legislators engaged in a physical fight in the pigeon hall lobby after a disagreement regarding the Amuru land compensation.

However, although the time of filing this story Otto was still on drip, sources revealed that his health condition is not that alarming. Akol was last year rushed to hospital following an accident along Kampala- Gulu highway.

The accident happened after Akol, who was driving in the car, a Prado TX with his driver Felix Ongora, knocked a cow along Kafu River in Nakasongola district at around 1:00 am.

They were both rushed to hospital and weeks later they recovered from their injuries.
More details about this developing story are coming.